From a soapbox derby to an election, this festival in County Limerick has it all 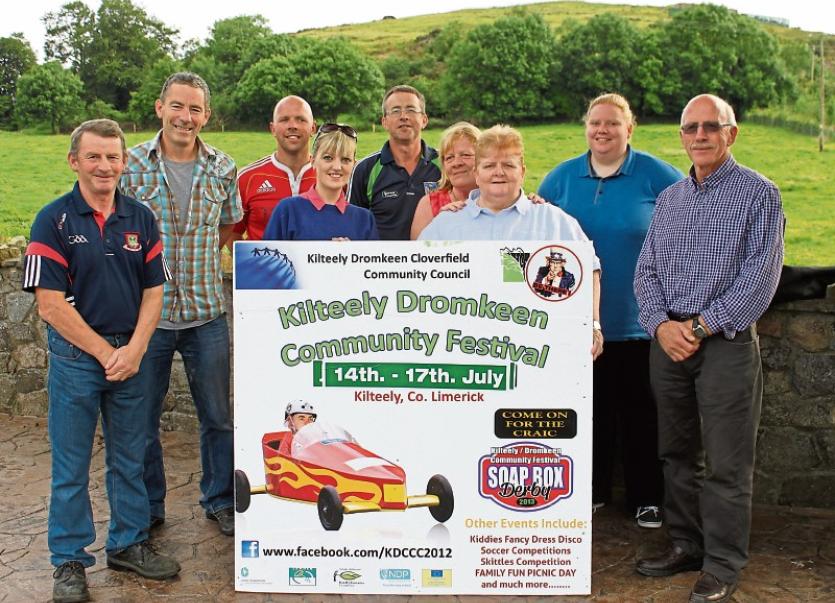 EX-PATS living in Australia, USA, Canada plan their holidays around the Kilteely-Dromkeen festival and they won’t be disappointed.

The organising committee have five jam-packed days from this Thursday, July 13, to Monday, July 17.

“It has gone from strength to strength and is getting better year after year. We look forward to our exiles returning home. They contact us in January for the dates,” said Valerie Greene, one of the committee.

It commences with a commemoration walk and historical talk to mark the 150th anniversary of the Fenian Rising (1867-2017) this Thursday, July 13. It will focus on the activities in Kilteely during that period and those involved. A walk goes from Ballyvistea Creamery to Kilteely at 7pm, then a historical talk in the hall at 8.15pm.

Friday night kicks off with an adult and children’s fancy dress parade at 7pm. A junior lip sync battle is at 7.30pm; bingo in Cill Bhride at 8.30pm; junior dodge ball at 8.45pm; rambling house in Ahern’s at 9.30pm and music in Hanley’s at 10pm.

Saturday starts at 10.30am with a juvenile GAA tournament;1.45pm - juvenile and adult tag rugby in the GAA gield; 5pm – dog show at the back of Kilteely NS and 8pm – adult lip sync battle. All contestants have been busy for the past few weeks and Valerie promises a “hilarious evening”.

Sunday dawns with a funfair at 1pm and then the soapbox derby at 3.30pm. Over 1,500 are expected to watch the thrills and spills. Elvis is arriving at 7.30pm and the mayoral election is at 9.30pm. Eimear Dalaigh, Sean O’Grady, Cedric Laffan and Philip Gleeson are all winners, said Valerie. Then on Monday it is the skittles final. Phew!