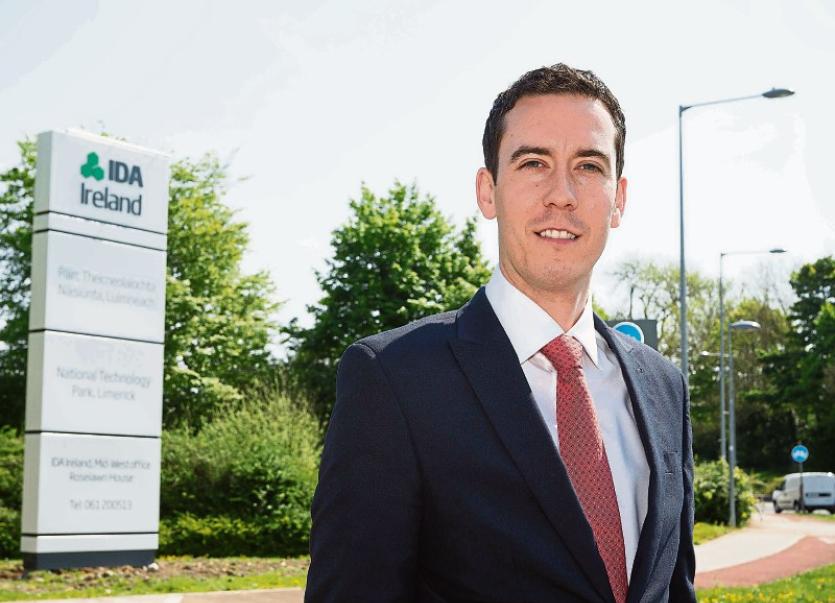 Niall O'Callaghan is looking forward to 'exciting times ahead'

AFTER helping to create hundreds of jobs in Limerick in the past year, the regional manager of the IDA is taking up a new role in Shannon Heritage.

Niall O’Callaghan, from Croagh, Co Limerick, is joining Shannon Heritage, Ireland’s largest operator of tourist attractions, which has a portfolio of seven businesses including the Bunratty Castle and Folk Park, and King John’s Castle.

Mr O’Callaghan said that he is looking forward to “exciting times ahead” with Shannon Heritage, and said he has been “overwhelmed with congratulatory messages.”

The 35-year-old is leaving his post as Mid-West regional manager with the IDA after one of the most successful periods of job creation in the Mid West.

Latest statistics show that almost 1,900 new jobs were announced by IDA supported companies in the region over the past 12 months.

A graduate of the University of Limerick, he also holds a Masters degree from UCC.

Appointed to the IDA in early 2016, the former commercial manager with consumer goods giant Unilever will take up his new role in the coming months.

The IDA remains “optimistic” for Limerick’s future growth, following the creation of 1,451 jobs in the region last year, with an additional 400 jobs announced at Northern Trust in June.