Crime: Site cleared as politicians express concern about rise in incidents in area 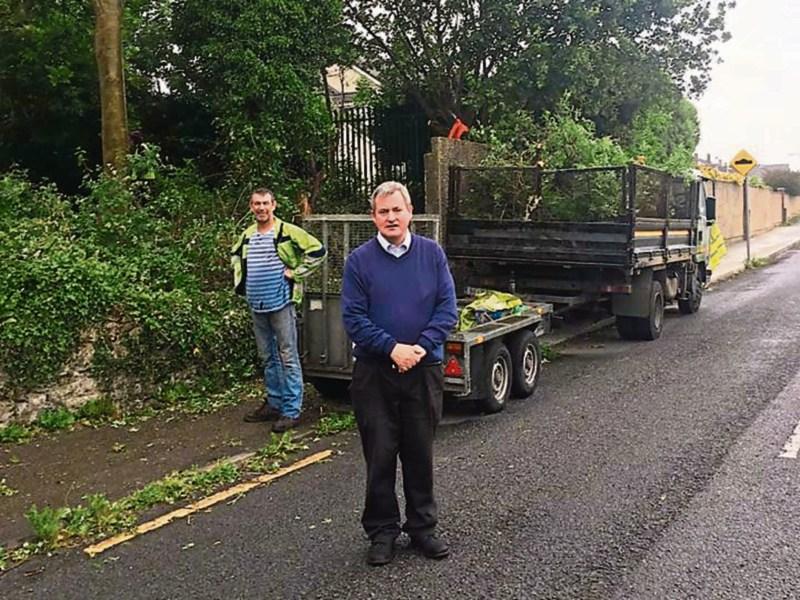 Senator Kieran O’Donnell on the Old Cratloe Road, witnessing the clearance of a field beside the country club, which he said was being used as a ‘shelter’ for young gangs to hide from gardai

THERE are hopes anti-social behaviour problems on the northside of Limerick city could be abated after the council and the gardai teamed up to install closed-circuit television.

For the past number of weeks, the Old Cratloe Road and parts of neighbouring Caherdavin have been blighted by violence, with a stabbing most recently reported to gardai.

Now in a bid to at least reduce the instances of crime in the community, it has been agreed to install CCTV in the Old Cratloe Road, and at the Caherdavin community centre.

It will initially be on a temporary basis, but Sinn Fein TD Maurice Quinlivan wants it to be made permanent.

Senator Kieran O’Donnell, meanwhile, witnessed the clearing of a field neighbouring the country club on Saturday.

This land was being used as a “shelter” and a gathering for youths to engage in drug taking and drinking – and to hide out from members of the force, he said.

“The council has a substantial amount of work done which will ensure people cannot use it as a means for major anti-social behaviour and hiding from the police,” the Fine Gael Senator told the Limerick Leader.

"These are great areas to live in, full of community spirit and activity. Anti-social behaviour impacts on people’s lives and cannot be tolerated. The anxiety and fear it is causing to residents is something very real."

Both Mr O’Donnell and Mr Quinlivan have called for an increased policing presence on the northside.

“The state has a duty to ensure the rights of decent people to live peacefully in their communities, walk the streets and bring up their families without fear or intimidation are upheld. The issue has gone on for way too long and allowed to fester and worsen,” Mr Quinlivan said.

Mr O’Donnell added: “Caherdavin and the Old Cratloe Road are lovely areas for people to live in. People living along there are doing a huge amount for the community. The Caherdavin residents association is very active. Tidy Towns is doing fantastic work in the area.

"It’s a specific issue with a small number of youths creating major anti-social behaviour, and we need to take strong pro-active action to ensure it’s dealt with.”

"This involves an extra sergeant and two gardai specifically on this operation. It is funded under the Gardai Anti-Crime Operation Thor scheme and is already yielding results," he said.

A meeting of residents will take place in the country club this Thursday.