Limerick Going for Gold season starts with focus on youth 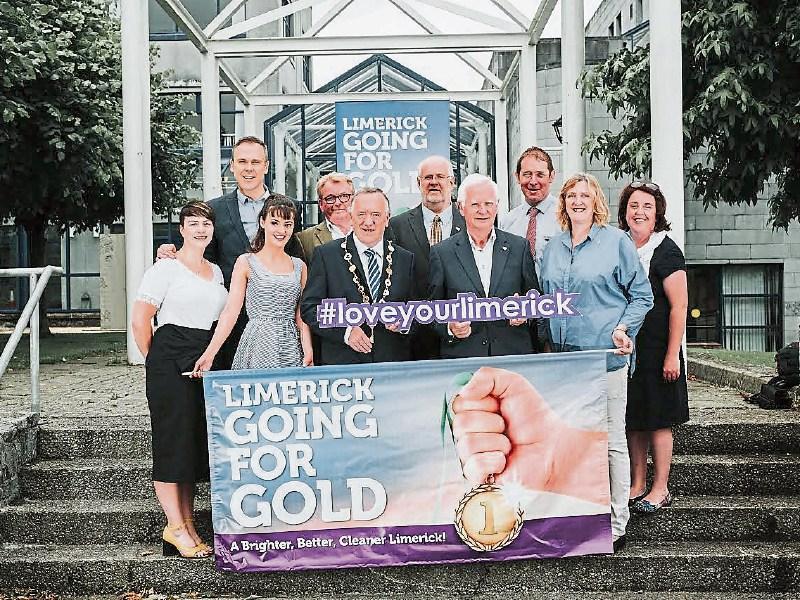 SCORES of communities across the city and county will soon get into the Tidy Towns spirit, following the launch of the annual Limerick Going for Going competition this Monday.

And this year’s council-led programme is centred on youth participation and pride of place, with the addition of an U21 category and a #LoveYourLimerick photo competition.

A spokesperson said that more than 140 applications have been received for the Going for Gold initiative, with each local group receiving between €200 and €2,000 in environment improvement grant funding.

The winner of the Going for Gold grand finale, which takes place this October, will bring home the top €10,000 prize to the home parish. Glin Development Association is the current title holder.

Mayor Stephen Keary, launching the competition, said that he was delighted to see “the positive impact” that the initiative has had on communities.

He thanked the JP McManus Charitable Foundation, which is providing €75,000 in prize money this year. The winner of the photography competition will take home €500, with an additional €500 awarded to their community.

Gerry Boland from the JP McManus Charitable Foundation said: “I’m delighted with the new #loveyourlimerickPhoto Competition element to this year’s Limerick Going for Gold. I would also like to take the opportunity to confirm on behalf of the Charitable Foundation that the prize fund for Limerick Going for Gold 2017 is once again in the region of €75,000, with a top prize of €10,000 in the Challenge Category and €5,000 in the Limerick in Bloom Category.

For Limerick's eager gardeners, the closing date for the Best Front Garden Competition, sponsored by the Parkway Shopping Centre, is Monday, July 31.

Applications can be downloaded via the Limerick Going for Gold website.

This year's Limerick Going for Gold is proudly supported by the Limerick Leader.