In one of the longest cases in years at Kilmallock Court, three men accused of assault, two of whom face affray charges – all pleaded not guilty 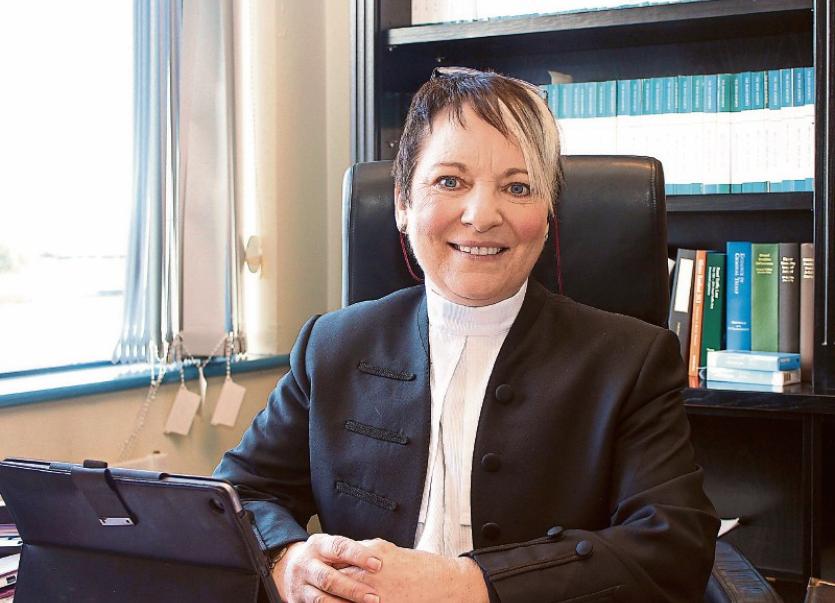 AN ALL-IRELAND winning GAA club captain punched a young man, who produced a knife at a house party, in the face, Kilmallock Court heard.

All offences are alleged to have occurred at High Street, Kilfinane on October 25, 2015. The three defendants pleaded not guilty. Judge Marian O’Leary adjourned sentencing until the end of July due to the amount of evidence - up to seven hours over two days last week.

Mr Stanton, who was also a witness for the State, said he was at his home in High Street on the night in question with a number of friends and his girlfriend.

After midnight one of his friends, Jamie Constable, wanted a cigarette so they and a few others walked to a house in Tread na Ri.

“On the way down a man was roaring and shouting in his front garden. I said, ‘You’re drunk, go to bed’,” said Mr Stanton.

In Tread na Ri, he said a car pulled up with two occupants.

“One of them asked who was giving backchat. I said it was me. He caught me by the throat and was going to hit me. I pushed him away and ran back to my house,” said Mr Stanton.

A few minutes later outside his house he said the fellow who caught him by the throat went to strike him.

“I kicked him in the left leg in self defence. We had a bit of a scuffle. It was broken up by Jamie Constable and then Mike Heffernan ran off. I proceeded into my house,” said Mr Stanton. Some time later he was told by a friend that “three lads were walking down the road”.

“I went to shut the door. It burst open and they entered the house. A fight broke out. We tried to get them out. They got me over by the fridge. I got a strike over a friend’s shoulder into my mouth from Brendan Hennessy. I fell to the floor. I got a cut lip, needed three stitches and a chipped tooth. It cost €1,900 for a cap that is not guaranteed to stay,” said Mr Stanton.

John Herbert, solicitor for Brendan Hennessy and Michael Heffernan, accused Mr Stanton of going to Tread na Ri to purchase cannabis. He denied this. He put it to Mr Stanton that there was no incident in Tread na Ru and he was telling lies. The 23-year-said he was telling “the truth”. A number of his friends gave evidence in support of Mr Stanton.

Brendan Hennessy said he had two pints in a bar in the village as he had to get up at 6am to milk the cows.

He left at 11.45pm and on his way home saw four young men drinking bottles of Heineken.

“They were roaring and shouting and knocking on doors. Jamie Constable flung a bottle straight over a house. I didn’t know who David Stanton was at the time. He was standing in a flower box that had been planted that day. He was kicking the plants onto the road. He started urinating.

“I was in my garden and I said, ‘What did the flowers ever do to you? Go away, go away fast’. David Stanton went back to his friends and started shouting, ‘You are a hurler, come on you hard man’. He was calling me to come down. I was shocked but half laughing,” said Mr Hennessy, who captained Blackrock to an All-Ireland junior hurling championship in 2010.

He turned on the kettle in his kitchen and Mike Heffernan rang to say could he call in for their regular Saturday night chat about the following morning’s soccer match.

Mr Heffernan is club chairman and manager while Mr Hennessy is the secretary.

“We talked about the team sheet, money for the referee, nets etc. He came up at 12.15am and after 15/20 minutes Mike tipped away. I went to bed. We have a Maltese Terrier and she was going berserk. I got up, I was in my boxers. Mike was in a very distressed state. He said, ‘I’m after being assaulted with an iron bar’.

“I put on my clothes. He was very shaken up. After 25/30 minutes he asked me would I walk him to the cross. On the way down we saw Ned Palmer smoking in his garden, we saluted Ned. There was a Subaru Impreza parked in tight on the footpath with seven or eight lads minimum. You could see there was going to be a confrontation. Mike asked David Stanton, ‘Why did you hit me with an iron bar? I don’t even know you’.

“Just like that we were pushed in the door, we got a few belts and ended up in a kitchenette. David Stanton pulled a knife out of the sink - it was a big knife, eight, nine, 10 inches long. A glass hit my head and broke on the wall. I did strike him. I was terrified when I saw the knife. There was a wall of people. To get out was a fair struggle. We went back to my place,” said Mr Hennessy.

Supt William Duane asked Mr Hennessy if he rang the gardai on the night?

“No, myself and Mike rang after the soccer match the next day. It hit me. I’ve never been in that kind of situation before,” said Mr Hennessy.

Supt Duane said there is no record of this.

Mr Hennessy said it was a ban garda but he couldn’t recall her name as it was two years ago.

Supt Duane put it to Mr Hennessy he was out having a few drinks the night before a soccer match?

“It is not professional soccer, it was a couple of pints,” said Mr Hennessy.

Supt Duane put it to Mr Hennessy he wanted to confront “these blow-ins for causing damage” to the flower boxes.

Mr Hennessy denied this, saying he and Mr Heffernan were walking the shortest route to the Cross.

After their meeting about the soccer match in Mr Hennessy’s house, Mr Heffernan said he was walking home.

“There was a group of men. One [David Stanton] had an iron bar. He said to me, ‘You think you are a hard man’. I didn’t want any trouble. He hit me once to the leg. I grabbed the bar. I walked away. I left the bar at the side of the road. I didn’t want to be hit again. I went back to Brendan’s house. I was shaken up. My head was racing,” said Mr Heffernan.

They agreed to let things settle down and Mr Hennessy would walk him to the corner. He described how they entered the house as being “funnelled” in the door by a number of males behind them. He said Mr Stanton picked up a knife from the sideboard and Mr Hennessy hit him.

Supt Duane put it to Mr Heffernan there was no bar.

“100% there was,” said Mr Heffernan, who also denied the superintendent’s assertion that they were involved in “vigilantism”.

“I’m not going around to try and dish out justice,” said Mr Heffernan.

Brendan Gill, solicitor for Mr Stanton, asked if Mr Heffernan looked for the iron bar that he placed on the ground.

The last witness was Ned Palmer, who was out smoking when Mr Hennessy was walking Mr Heffernan home.

“I heard a lot of shouting and roaring. I went down to see what was going on. There was a lot of people inside and outside the house. I went in. David Stanton had a knife, he was moving forward with it and Brendan struck him,” said Mr Palmer.

Supt Duane said there was no mention of a knife in the statement he gave to gardai.

Mr Palmer said he told the garda about the knife three times.

“He was trying to tell me there was no knife in it. When he read it back to me the knife was in it. Then when I came to court there was no mention of a knife in my statement,” said Mr Palmer.

“A drunken rabble attacked them and they are the ones charged with assault and affray,” said Mr Herbert.

Mr Gill said Mr Stanton is the only person that suffered and the assault charge against him should be struck out.

“He kicked out in self defence after he was grabbed by the throat by Mr Heffernan. It was clearly self defence. Mr Constable is an independent witness. Gardai said Mr Constable was of ‘sober habits’ on the night,” said Mr Gill.

Supt Duane said there was clear evidence of affray and assault.

“Mr Hennessy and Mr Heffernan decided to deal with these people alluded to as blow-ins who were drinking and urinating and kicking flowers. They forced their way into the house,” said Supt Duane.