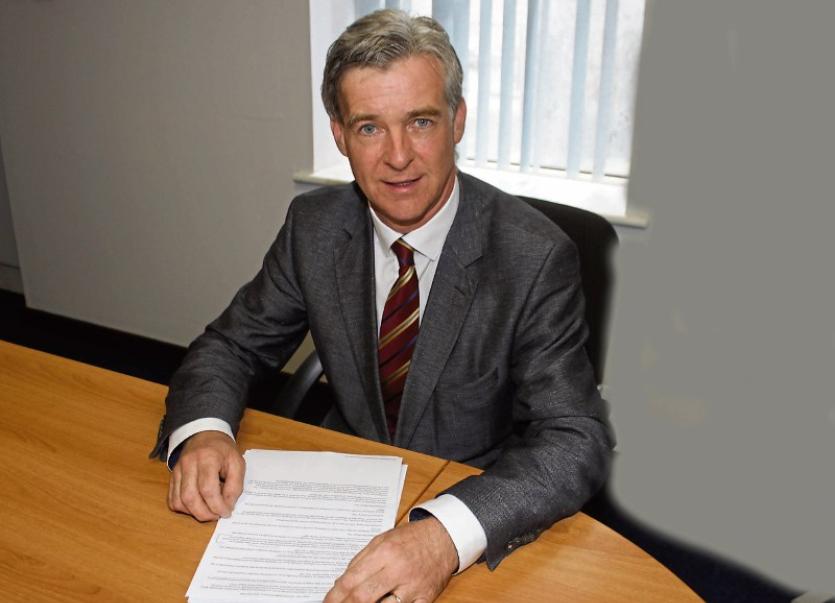 Dr Niall Cahill, former director of the student health centre in UL for 15 years, is among 20 individuals to make a submission to the new review of allegations

A DOCTOR who received a settlement of €209,600 after accusations of bullying at the University of Limerick has been refused access to files relating to his case by UL under the Freedom of Information Act.

Dr Niall Cahill, who is seeking to comply with a new investigation into allegations of misconduct at UL, said it is “scandalous” that he has been “denied” access to his case history.

Dr Cahill said that he believes that UL has “grossly violated the letter and spirit of the Freedom of Information Act in an endeavour to prevent the truth from coming out.”

The GP in Limerick city, who was formerly medical director of the student health centre in UL for 15 years, has now brought the issue to the attention of the information commissioner, which has agreed to review his case.

“To deny me access to FOI requests constitutes an attempted subversion of the constitutional rights of the citizen, and must not be allowed to prevail,” Dr Cahill told the Limerick Leader.

“I don’t believe my request if frivolous or vexatious. This is the furthest thing from frivolity. I feel that it’s a balanced, reasonable and extremely legitimate request in light of my case and in view of all the allegations that have been made against UL,” he said.

The information commissioner contacted UL to confirm whether it would still be refusing to release this information in light of “the university's change of position on the question of an independent inquiry into various allegations”.

UL confirmed to the authority that it is not granting this request under Section 15 (g) of the FOI Act (2014), which states, in part, that such a request could be deemed as “frivolous or vexatious or forms part of a pattern of manifestly unreasonable requests from the same requester or from different requesters who, in the opinion of the head, appear to have made the requests acting in concert.”

Dr Cahill requested correspondence concerning his employment between a number of different university staff, including the director of human resources, the director of student affairs, the vice president, and correspondence between UL and Arthur Cox solicitors. In correspondence, seen by the Limerick Leader, and sent by Arthur Cox on behalf of UL, it states that his FOI request will not be granted, “given that all matters between our clients have been resolved by the settlement agreement, the university does not intend to respond to your client’s request.”

Dr Des Fitzgerald, the recently appointed new president of UL, reversed UL’s position in agreeing to an independent review of all the allegations, and in allowing others to come forward.

Dr Richard Thorn, former president of Sligo Institute of Technology, who is leading the review, confirmed that they have now received over 20 submissions concerning a wide range of allegations at UL.

The settlement agreement was made “without any admission of liability on the part of the university.” It outlined that Dr Cahill –  who has made a protected disclosure to the Higher Education Authority concerning his case – waive all claims in respect of alleged occupational stress, bullying or harassment. Dr Cahill, who denied the allegations of bullying, claims that he had been raising concerns around governance and employment matters in UL since 2010, when a number of complaints were made against him by one employee, and a package to leave UL was “foisted” upon him.