Duo to play Live at the Big Top later this year 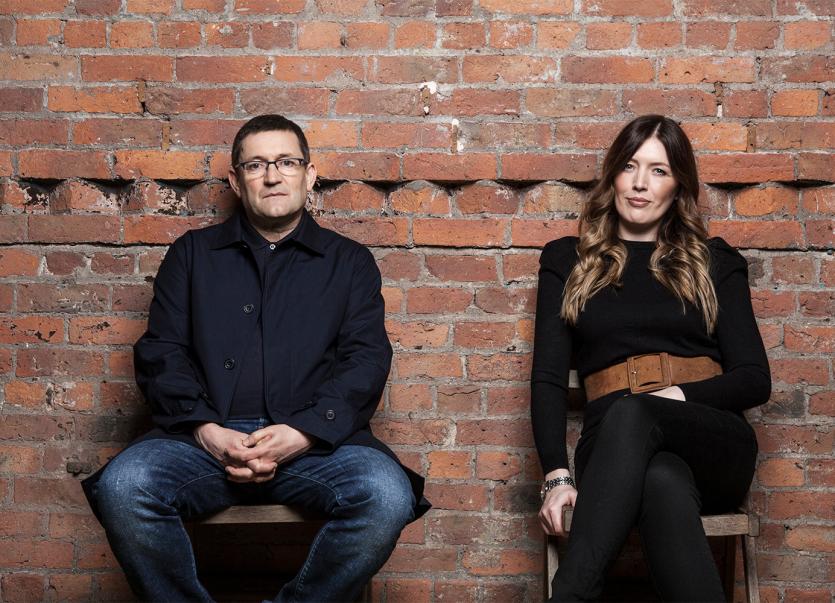 BEAUTIFUL South duo Paul Heaton and Jacqui Abbott are to return to Limerick's Big Top for a show later this year.

The duo played at the Milk Market - dubbed the Big Top by bookers Dolan's - in 2014 and return to the venue this October.

Heaton, one of the UK’s most successful songwriters with some 15 million album sales under his belt, and Abbott - lead vocalist in The Beautiful South from ’94 to 2000 - will play the Big Top on Friday, October 27, with tickets going on sale next Friday, July 7.

The duo are gearing up to release new album Crooked Calypso on July 21, their third album on Virgin EMI.

According to the advance promo material, it boasts all the hallmarks of Heaton’s peerless songwriting: songs buoyant with melody, and redolent with biting wit, but also real emotion.

“Things went a bit quiet for me about 10 years ago - my solo years - and I thought to myself: fair enough, this will be the beginning of my long, slow retirement,” he says.

“But since Jacqui and I started singing together again, it seems to have taken off once more. We get such a great reaction - to the records, to the concerts, to the old material and the new. And that’s just great. You know, all I ever wanted was to be a professional musician in life, and I’m amazed I managed it. I feel honoured. I feel lucky.”

“This album was good fun to write. The whole process of songwriting for me has become easier, more enjoyable. I used to go away to write songs, and put myself in a deliberate rut in pursuit of melancholy. I don’t do that anymore," says Paul of the forthcoming album.

"I suppose it’s been a good few years for me. There’s a sense that people are happy to see us again. That’s made me more confident, and I suppose you can see that in the writing.

"Don’t get me wrong, I’m still grumpy, but I’m content in my grumpiness now. I’m no longer frothing at the mouth.”

His collaborator Jacqui adds: “Singing was something I was never going to do with my life. I just sort of fell into it, an accident, the result of me being in the right place at the right time. But I’ve always loved singing Paul’s songs, and I love them even more now. I’m biased, of course, but he’s just becoming better and better. It’s an honour to sing alongside him.”

As in the 2014 gig, expect material from their new album plus songs from the Beautiful South and Heaton’s Housemartin days.

Tickets go on sale next Friday. See www.dolans.ie and www.ticketmaster.ie.