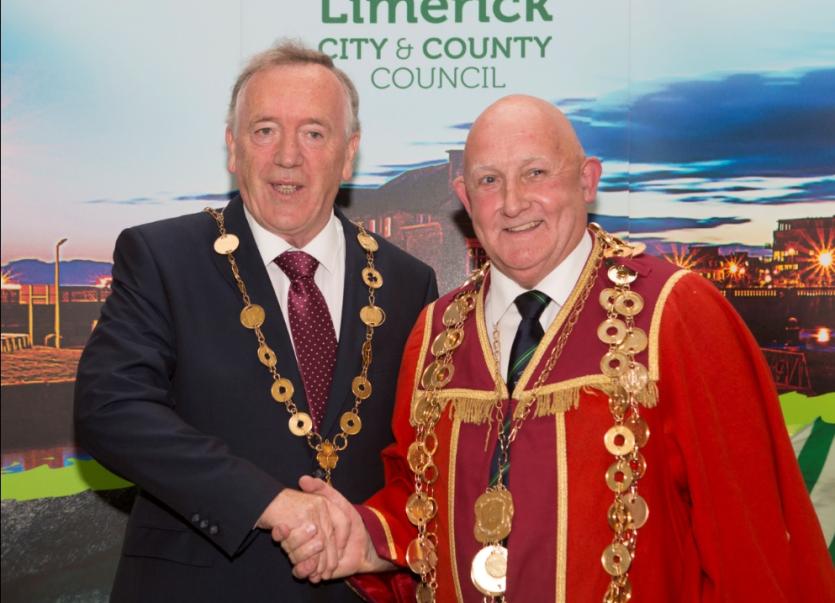 FINE Gael's Croagh based councillor Stephen Keary has been elected as Mayor of Limerick City and County.

The Adare/Rathkeale area member secured the chain of office after winning 27 votes at the AGM of the local authority this afternoon.

His election comes as part of an deal with Fianna Fail which has seen the two biggest parties share the top positions on the council.

The run up to the election was marred by comments made by Cllr Keary suggesting an influx of Eastern Europeans are targetting Ireland as an "easy target" to claim social welfare.

But speaking upon taking the chain of office, Cllr Keary pledged to be a mayor for all the people of Limerick.

The first picture of @stephenkeary, the newly elected #LimerickMayor upon donning the chain of office. pic.twitter.com/TIv66bUGC9

"I know some media reports in the last fortnight may have portrayed me in a different light and again, as I have said already, I sincerely apologise to those people to whom my comments have caused offence."

There was a number of people present to demonstrate against the civil engineers’ election prior to the ceremony.

Polish national Nikola Kaluzynska, who organised the demonstration, said: “A lot of people have veen bery upset about this. I have heard a lot of Irish, Hungarian people seriously offended. We don't want him representing us as mayor. We don't think the same way as him.”

Despite this, the grand coalition remained firm to deliver the fourth mayoralty of this council to Cllr Keary, the father-in-law of Junior Minister Patrick O'Donovan.

Cllr Keary added: “It is the ultimate privelege to be elected the first citizen of Limerick, the fourth mayor of this amalgamaged authority. It is my ambition to harness the positives and be a representative of all sectors of society.”

He also again apologised for “any offence” for comments which have attracted a petition of almost 2,000 people to Taoiseach Leo Varadkar calling for his removal as a mayoral candidate.

She beat off competition from Moldovan national Cllr Elena Secas – who was nominated by Sinn Fein, and Cllr Paul Keller. 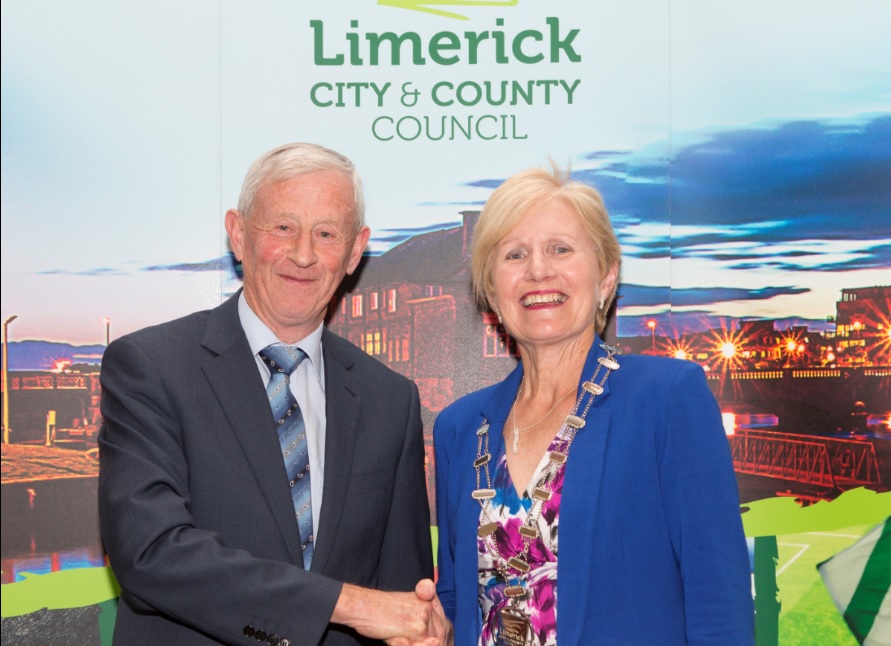 The mayor of the metropolitan district, Cllr Sean Lynch of Fianna Fail was elected on Friday night.

Outgoing mayor robed up, chamber packed. We're ready to kick off the election of #LimerickMayor pic.twitter.com/SawsnJ5oUs

The new #LimerickMayor will be elected in a short period of time. FG's @stephenkeary is favourite - despite 'racist' comments aimed (1/2)

(2/2) at Eastern Europeans. Stay with me for updates. @Limerick_Leader