Limerick's metropolitan mayor 'was able to bring something to communities'

Bigger picture is what matters to Cllr Michael Hourigan 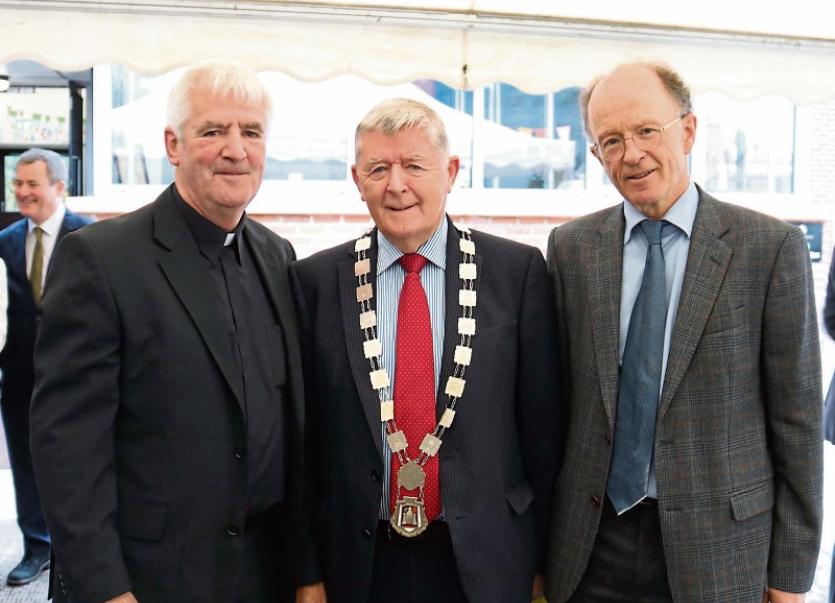 “I HAVE enjoyed my year. It was nice and relaxed, and I did what I felt I needed to do in the communities I am a part of. I was able to bring something to these communities”.

The outgoing metropolitan mayor Cllr Michael Hourigan as he prepares to hand over his chain of office this weekend. The veteran Fine Gael councillor was elected the third leader of Limerick’s metropolitan district last summer, and has been a regular sight at various city events since.

Despite his year in office, the bigger picture is what matters to the four-times elected City North councillor, of the North Circular Road.

For example, this week when – as metropolitan mayor – he opened autism charity Dochas’ newly refurbished centre at Parnell Street, a charity he has been involved in since his first election in 1999.

Or next week, when he will be present at the St Munchin’s Community Centre in Kileely to witness its next expansion, a place where he serves as vice-chair.

“These are the things which make it worthwhile being a local councillor. You can look back and say you had a little input into it. St Munchin’s was a greenfield site when I got involved. But now it serves 1,000 people. You’re only a little cog in the wheel. But it means a lot,” he said.

The long-term political experience of the pair meant they “did not have a cross word” between them, Cllr Hourigan said.

This is unlike previous years, where there has been visible tension between both mayors.

“From day one, we understood what both our roles are. Kieran is the mayor of the full authority. We both respected each others position. I think our experience in the council stood to us,” Cllr Hourigan said.

One occasion where Cllr Hourigan did represent the city was on St Patrick’s Day, as Cllr O'Hanlon was in America.

But he was disappointed at the lack of special designation in the viewing stand for council dignitaries.

“The people of Limerick have great pride in their city on a day like this, so it was very important the metropolitan mayor should be there. But something that disappointed me happened when people asked me where the other councillors were. They were in the viewing stand, but there was nothing to make them stand out. There was no recognition,” he said, “For the general public standing at the other side of the barrier, there was no recognition of the councillors. And people like to know where their councillors are.”

Despite criticism from some quarters, Cllr Hourigan still feels it is worthwhile having a metropolitan mayor – in addition to the main overall first citizen.

“City people are very proud. I have heard them appreciate the role of the metropolitan mayor time and again. If I had my way, the mayor of the metropolitan area would be drawn from the natural suburbs of the city to give them a city affiliation,” he explains.

Under a ‘grand coalition’ deal struck at the start of this council, the pendulum of power will swing to Fianna Fail in the city, with its candidate, Cllr Sean Lynch set to become the metropolitan mayor.

Cllr Lynch, a former detective garda attached to Roxboro station, hails from the village of Patrickswell.

When asked where his argument leaves his likely successor, Cllr Hourigan diplomatically answers: “Patrickswell is part of the city under the new structures!”

Asked what he has learnt about himself during his year in office, he laughs: “That I’m getting a bit older!”