INMO: University Hospital Limerick second most overcrowded ED in May 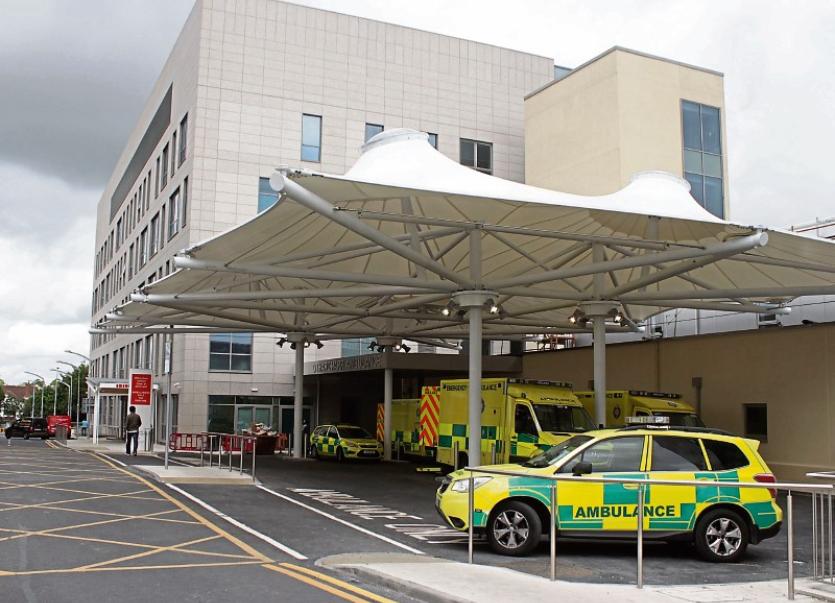 The new emergency department at UHL, which recently opened

UNIVERSITY Hospital Limerick had the second most overcrowded emergency department in the country in May, new figures show.

According to monthly figures circulated this week by the Irish Nurses and Midwives Organisation, 627 patients were treated on ED trolleys and on additional trolleys or beds at the Dooradoyle hospital last month.

It is the second-highest May overcrowding rate since records began, and the highest since May 2013, when 755 patients were treated on trolleys.

It is also a slight decrease on April overcrowding figures, when there were 649 patients on trolleys.

University Hospital Galway was the most overcrowded in the country, with 671 patients being treated on trolleys.

Nationally, 8,154 patients were treated on trolleys.

At the end of May, UHL opened its highly-anticipated state-of-the-art emergency department, which is three-times the size of the previous facility.

UHL emergency consultants Dr Fergal Cummins and Dr Cormac Mehigan have indicated that overcrowding will persist until the bed capacity problem in Dooradoyle is sorted out.

This is why UHL has sought €25m funding from the HSE to construct a new 96-bed block unit. It is understood that a design team is due to be appointed soon.

Commenting on the national overcrowding, INMO general secretary Liam Doran said: “Due to nursing staff shortages, we now have both acute, and long-term, beds closed, in many areas, ranging from Donegal to Waterford. The figures reaffirm the extent of the crisis, arising from the recruitment/retention difficulties, in nursing, which must be addressed, through pay related initiatives, as an absolute priority. Until the shortage of nurses, is addressed, both beds and services will remain curtailed and trolley numbers will continue to grow,” he said.