Without a plan, we'll be victims of our own success in Limerick 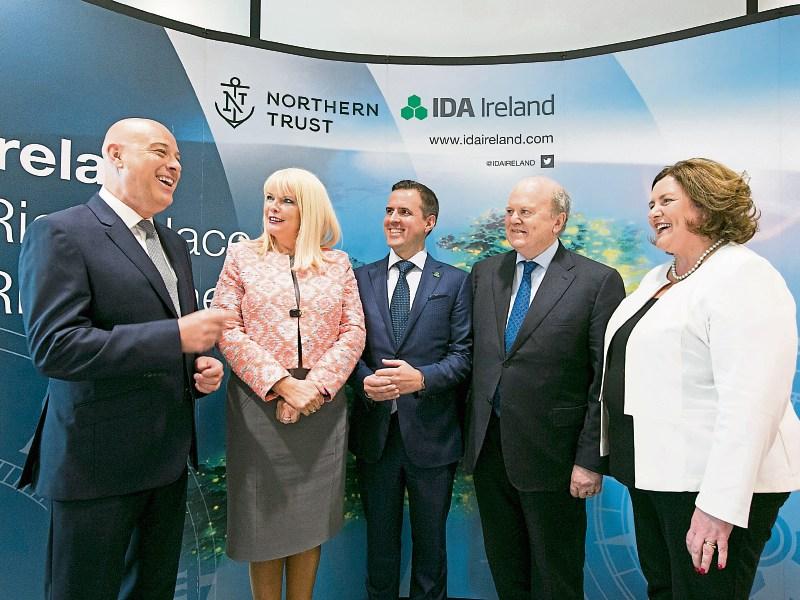 IT WAS a good Monday morning in Limerick with the news that Northern Trust is to increase its employee numbers by 400 over the next five years.

We have come a long way in Limerick. It is easy to forget a time when certain major job losses and other negative aspects seemed to be part of the zeitgeist here.

In just six short years the tide seems to have turned. So much so that Monday’s announcement by Northern Trust almost seemed to be treated as ‘just another jobs announcement’.

Northern Trust is one of the world’s leading financial services institutions. It opened its first Limerick office in 2007 with just 19 staff. Today the company employs 1,000 people across its two sites in Limerick at Hamilton House and City East Plaza.

The IDA and the local authority deserve great credit, not just for the Northern Trust move but for the many other job  announcements that have landed in Limerick over recent years.

We could look at Regeneron, one of Europe’s largest pharmaceutical plants. We could talk about Uber, Johnson and Johnson, General Motors, Dell, Analog and Cook Medical. We could focus on the many indigenous start-ups all beginning to make an impact on the world stage.

We must not forget that we have the Gardens International project along with Kirkland Development’s quayside project on the horizon. We should expect more news in relation to the former Opera Centre site in the coming months.

One doesn’t need Nostradamus to recognise further job announcements in Limerick are on the cards.

Last week I happened to be passing the City East Plaza site at peak time. It was clear this part of the city has fast become a major hub for Limerick workers, joining the Raheen Industrial site, University of Limerick and Plassey Technological Park.

Anyone who has experienced these parts of the city at peak times will know the traffic scenario.

Yet a simple survey last week demonstrated something interesting – hundreds of cars emerging from these locations all with just one occupant. The result? Jam packed roads, standstill and little focus on quality public transport.

Another simple survey on Daft (I have mentioned this previously in my column) clearly demonstrates our worrying lack of quality living accommodation in the city centre.

If the worst case scenario over the coming years is  we secure new Northern Trust jobs, Gardens International jobs and jobs in the Kirkland Development’s site, we are looking at 1,600 new local employees, many of whom will desire urban living and an easy commute to work as a key requirment.

We need a new focus in Limerick or we run the risk of being victims of our own success. Our public transport system is not at the races. We don’t have quality urban living accommodation available to rent.

Demand results in supply, they say. My fear is that Limerick will not react to the demand clearly coming down the tracks until we have reached a point of saturation. If this happens we run the risk of a knee jerk planning reaction, the likes of which we have seen before and did not have a happy ending.

Now is the time to plan – and plan cleverly.

A great opportunity for local tradesmen

Itwas great to see Limerick Chamber teaming up with JJ Rhatigan and Limerick 2030 to host a Meet the Buyers event for the Gardens International project which is now on site in Limerick city.

This is a great opportunity for local trades and skilled individuals to pitch for opportunities that will be available as we prepare to bring this important city centre project to completion. The Gardens International Office on Henry Street Limerick is an LEED Gold Building providing high performance Grade A office workspace over six floors.

The development sets new standards of design construction and prestige and is perfectly positioned to cater for a range of business needs.

The impressive entrance is framed by a restored original 19th century arched structure leading to an expansive reception with contemporary finishes where you immediately get a sense of the quality of this building.

The Meet the Buyers event took place on Thursday, we await the results with interest.

Now, in what might not be considered a traditional Abbey Theatre move, the National Theatre is set to take make its debut in Limerick’s Dolans Warehouse as part of a national tour of Irish pubs.

Two Pints distils the essence of Doyle’s comic genius. Now it has evolved into a play and it is coming to a number of pubs around the country including Dolan’s Warehouse for one night only on July 19.

Tickets for the Limerick performance can be purchased at www.abbeytheatre.ie.