Limerick boxing club given the count from city gym by Dominicans 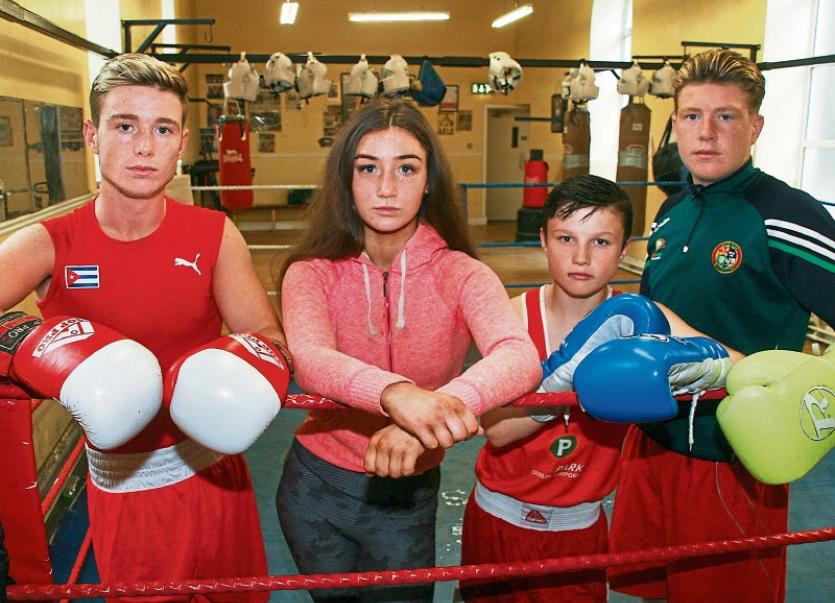 ONE of the most successful boxing clubs in Ireland could be left without a home this summer, as the Dominican Province has given them just two months’ notice to leave a city centre gym.

Our Lady of Lourdes St Saviour’s boxing club (OLLS), based at St Saviour’s Priory on Glentworth Street, was informed by Calaroga Company Ltd — on behalf of the Dominicans — on May 17, that its occupation of the hall at the rear of the priory would expire on July 31.

Olympian Michael Conlon has touted the 17-year-old Moyross native as the next Irish boxer likely to make an international breakthrough. Head coach Shane Daly, whose club has 50 members, said that it has been unable to find a new facility, and that two months’ notice “is not enough”.

Solicitor Paul Bergin told the Leader that he has written to the Dominicans seeking an extension of the termination, but has received “no assurances”.

The May 17 letter said: “As you are aware, the Dominican Sister of St Cecilia have recently moved into and taken over the use of the St Saviour’s Priory, including the hall which the boxing club currently uses on a part time basis and grounds at Glentworth Street, Limerick.

“Accordingly, the Dominican Province requires the boxing club to cease occupying the hall. To allow you sufficient time to relocate the boxing club and remove your equipment, I hereby give the club two months’ notice to termination of the club’s occupation expiring on 31st day of July 2017.”

Brothers Patrick and Edward Donovan, 15, are both European champions, and have won 14 Irish titles between them.

The club has this year won five All-Ireland gold medals.

Patrick said that the termination notice was “upsetting.

“I have been here since the very beginning, since we were kids. And now that we have been told to leave, that is very hard to take”.

Deputy Willie O’Dea has contacted Limerick City and County Council to see if it has an available facility for the club, and is awaiting a response.

“It’s a very good boxing club, and it is serving an area that needs that kind of facility, and it has a very successful record with the number of very outstanding boxers.”

Cllr Frankie Daly has called on the Dominican Province to extend the termination notice “until such time as the club find a more permanent home”.

“In addition I am calling on Limerick City and County Council to engage with the club in conjunction with the view to providing an alternative facility for the club.”

He added: “The club has my full support with its endeavours to contribute to Limerick and Irish boxing ambitions at every level.”

The Dominican Sisters of St Cecilia have occupied the Priory since September 2016.

The Limerick Leader has, over a prolonged period, made numerous attempts to contact Calaroga, but has yet to receive a response.