Pensioner arrested following incident during which dog was killed 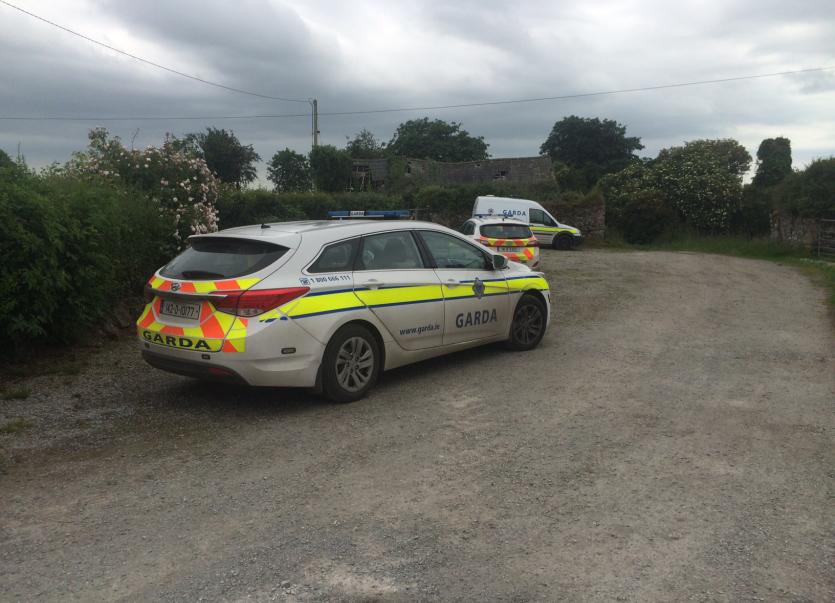 Gardai near the scene of this Friday's shooting Picture: Michael Cowhey

A MAN is being questioned by gardai following a shooting incident in County Limerick this Friday morning.

A man is being treated in hospital after he sustained gunshot wounds during an incident in the Ballycasey area of Kildimo at around 10.30am.

It is understood the man, who is aged in his late 50s or early 60s, sustained wounds to his shoulder, and that his condition is not life-threatening.

A pensioner, aged in his 70s, was arrested in Patrickswell a short time later, having allegedly fled the scene in a van.

Kildimo shooting: Gardai believe the pensioner shot the injured man's dog before turning the gun on him, shooting him in the shoulder.

He is being questioned under Section 30 of the Offences Against the State Act at Newcastle West garda station.

One line of inquiry is that the incident is linked to a long-standing dispute over a right-of-way between the two farmers.

Gardai have confirmed that the victim’s dog was also shot during the incident.