Michael Noonan to make one of last major announcements today 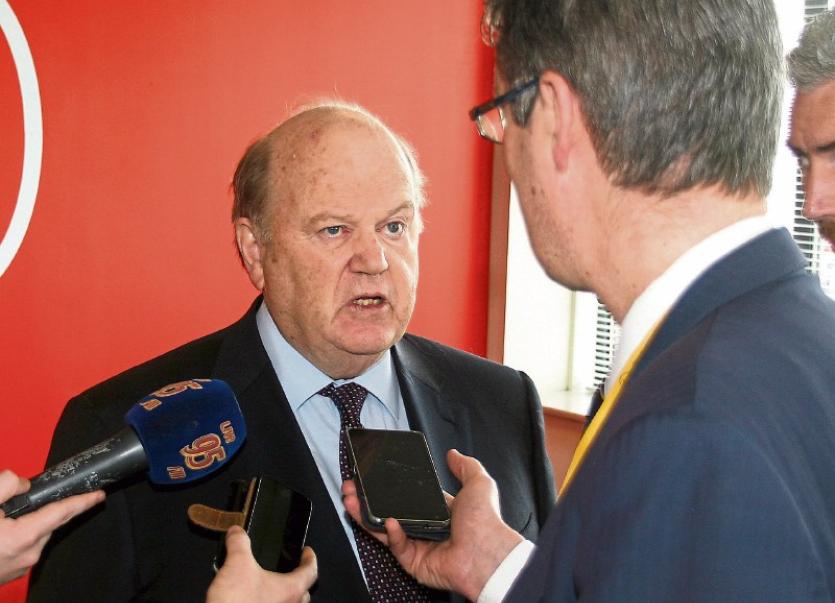 THE financial services company Northern Trust is set to announce another 400 new jobs for Limerick today, which will be phased in over the next five years.

The expansion is supported by the Department of Jobs through IDA Ireland and marks the fourth time Northern Trust has significantly expanded its operations in Limerick.

Its first Limerick office opened in 2007 with 19 staff and today employs 1,000 people across its two sites in Limerick at Hamilton House and City East Plaza.

Today’s announcement will also be one of the last official engagements of Michael Noonan in his role of Minister for Finance, who said that the announcement is a further “endorsement of the people of Limerick and its surrounds.”

“The access to markets, the skilled workforce and the quality of life in this region I’m sure are all positive influences in this decision.

“In the wake of Brexit it’s important that we continue to add jobs to the local economy and having met with Northern Trust in London late last year I’m grateful that they see Limerick as a key part of their future plans for their operations in Europe,” he said.

Clive Bellows, country head of Northern Trust, said that the creation of these jobs underlines the company’s “commitment to Ireland.”

“We have seen growth in the scale and operation of our Irish business over the years and the continued expansion of our office in Limerick reflect this.

"We gratefully acknowledge the support of IDA Ireland and our local partners such as the University of Limerick and the Limerick Institute of Technology, where we have strong relationships, and recognise the pro-active engagement we have with Irish government representatives, and the local funds industry in Ireland.”

Minister for Jobs, Enterprise and Innovation Mary Mitchell O’Connor said “this is another great investment for Limerick.”

Chief executive of IDA Ireland, Martin Shanahan said the company’s ability to attract and retain talent is proof positive that Limerick and Ireland is a location that is highly attractive and suitable for global companies in the financial services sector.