Three-storey cut limestone building dates back to the 1870s 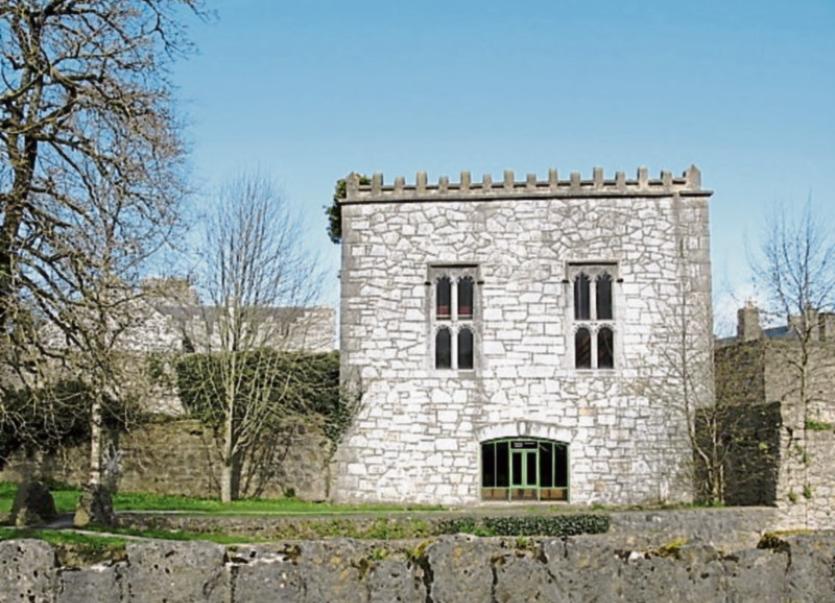 LIMERICK City and County Council has bought one of Newcastle West’s most iconic buildings, Fuller’s Folly which, it is hoped, will become an attractive Tourist Office for the town and the wider West Limerick area.

The purchase is subject to contract, local councillors were told at this Wednesday’s meeting of the Newcastle West Municipal District.  But the councillors warmly welcomed the move and immediately pledged €5000 to investigate the best way to develop the 19th century building.

“We welcome it, we went looking for it,” Cllr John Sheahan, chairman of the Municipal District said, adding that it was another piece of good news for the town.

The three-storey cut limestone building dates back to the 1870s and has a tower-house shape. Nestled in behind a high stone wall, it is located  on the bridge over the Arra and is highly visible to traffic passing on the N21. Most importantly, it backs on to the extensive grounds of the restored Desmond Hall complex, the town’s most important tourist attraction.

This location will be crucial in attracting increased visitor numbers to Desmond Hall, the heritage site run by the Office of Public Works and which is free and open to visitors during the summer months. The folly  has 1,290 sq ft of space over three levels with courtyard space to the front.

The history of this very original building shows it was built after 1867 when Cork linen merchant William Fuller Hartnett acquired a plot of land adjacent to the Desmond castle grounds from the Earl of Devon.

It reportedly cost an average of €1 per stone to build, leaving the owner broke and giving the building the name of Fuller’s Folly.