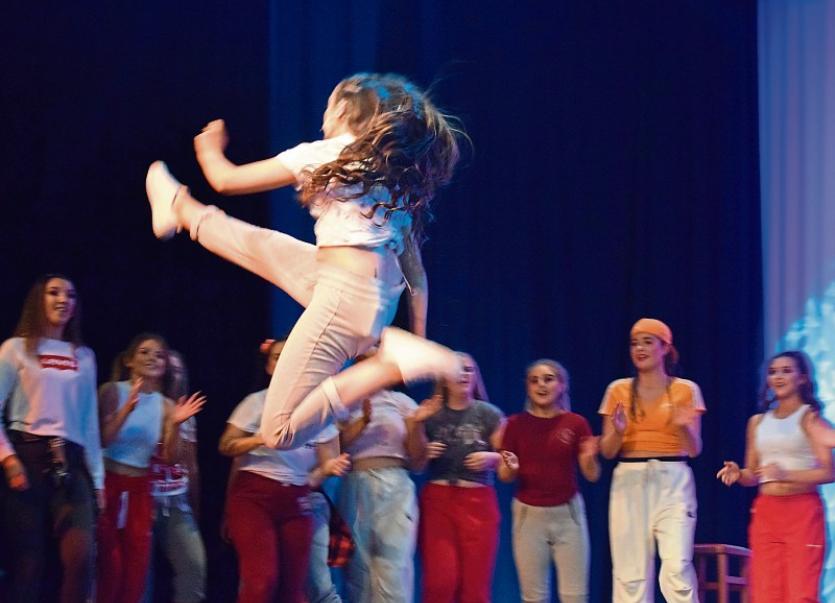 A Limerick city secondary school is continuing with the prestigious role of presenting an award in honour of the late, great Richard Harris.

Drama and theatre studies are an integral part of the Transition Year programme at Gaelcholáiste Luimnigh.

It has now become an annual event for those students to produce an original play from start to finish, under the guidance of their teachers. The 2017 production, , was written by Ógie Ó Céilleachair with input from the students being a central plank.

This year Ó Céilleachair also co-wrote four original songs with his former schoolmate, Cyril Stack. It ran for two consecutive nights, with two different casts in the Millennium Theatre, Limerick on March 9 and 10.

The process for choosing the nominees was entirely democratic. On each of the two nights the audience tickets doubled as voting cards. Each audience member wrote the name of his or her chosen character on the back of the card and placed it in a voting booth when exiting the theatre. Following a count, five actors have gone forward for nomination: Sara Kelly, Leah Hawes, Gerry Normoyle, Andre Colbert and Jodie Devaney. The lucky five went forward for a second vote by the year group. On Wednesday, May 24 the winner, Andre Colbert was announced at the TY Awards night in the Absolute Hotel.

Since 2014 Gaelcholáiste has been presenting this award, with permission from the Harris family, in recognition of the students’ talents. In 2015 the Drama Department of Gaelcholáiste Luimnigh began an association with the International Richard Harris Film Festival which has carried on since then. From 2015 onwards nominees have attended networking evenings, acting workshops, screenings and more besides. Each year the winner of the award has been officially recognised by Jared Harris, son of Richard Harris and annual special guest of the festival.

In recognition of such an important accolade, a trophy has been specially commissioned from master craftsman, Eamon Ó Turraoin, from the An Rinn Gaeltacht in Waterford. Ó Turraoin, a former craftsman with Waterford Crystal, carved this exclusive piece in his Criostal na Rinne workshop. Incidentally, Turraoin is also the craftsman who created the crystal bowl of shamrock which Taoiseach Enda Kenny presented to President Donald Trump in the White House on St Patrick’s Day 2017.

Along with all the other accolades bestowed upon them, these five students, through their nominations, have also earned themselves a scholarship each to Sárscoil Fíbín, an Irish Language school of excellence in acting, located in An Spidéal in the Conamara Gaeltacht for two weeks in June and July 2017.

Gaelcholáiste Luimnigh on Sir Harry's Mall is, indeed, gaining a reputation nationwide for the quality of actors it has among its students. Who knows what awaits these five talented students in the future?