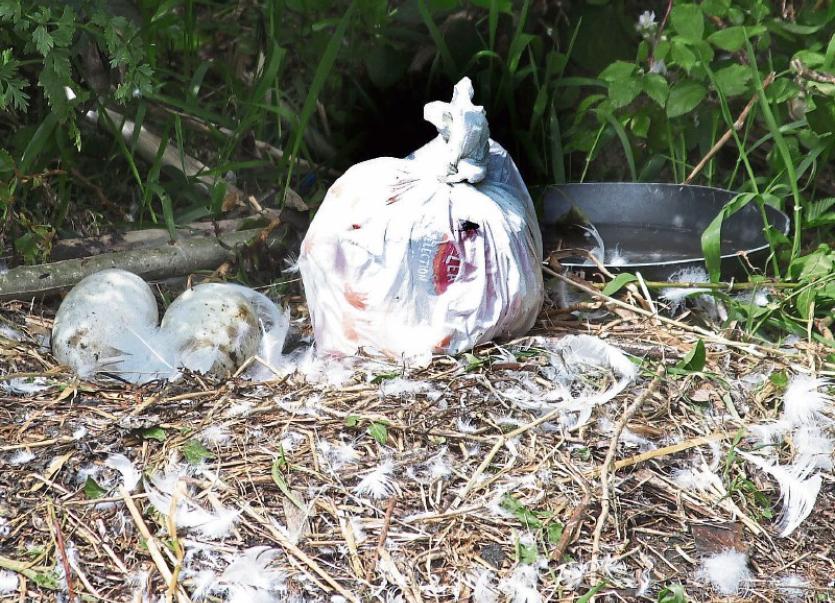 The cygnets' eggs after they hatched, with the rubbish and frying pan next to them Picture: Michael Cowhey

TWO newborn cygnets nesting beside the city canal in Limerick have had bags of rubbish, a walking stick and even a frying pan thrown at them.

Alan McCarthy, who lives in nearby Fisherman’s Quay, said the baby swans hatched two weeks ago.

“The baby swans are beautiful, absolutely beautiful. I walk there regularly and there is often people sitting down and admiring them. It is lovely to have the swans and cygnets nesting in the city,” said Alan.

However, there is a tiny minority trying to kill them. There are a number of people hanging around the canal behind Clare Street engaging in anti social behaviour - drinking and begging from passers by, the city man explained. 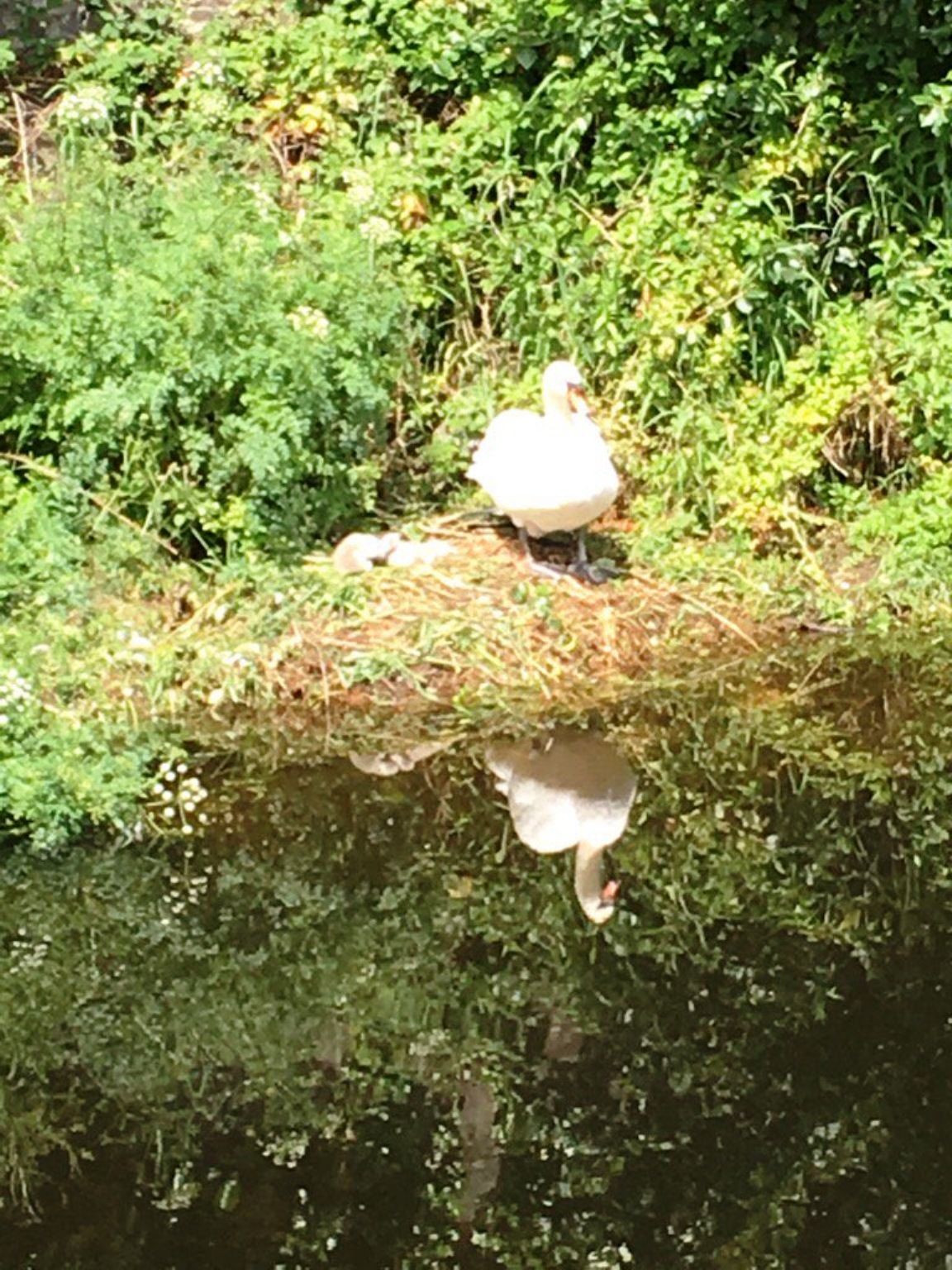 “Only the other day someone threw a frying pan at them. They tried to kill the babies. The frying pan is right next to them. Only last night three bags of rubbish were thrown down on top of them, a walking stick went down on top of them as well - it is like a tip. The evidence is there. Thankfully they have missed hitting them. It is disgraceful,” said Alan this Friday.

So far the swans and cygnets have survived but Alan is worried they will be killed. He has informed the gardai, is asking walkers to be vigilant and, most of all, for the perpetrators to stop.