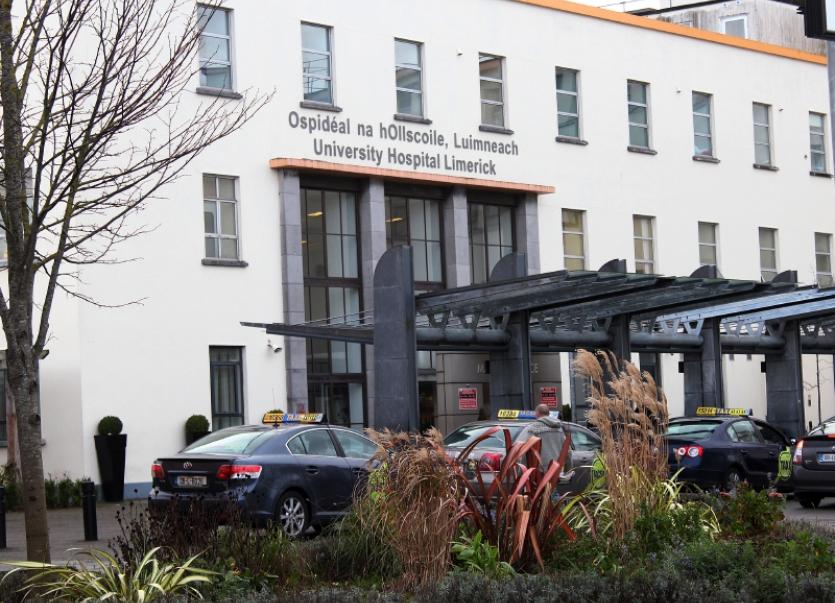 The incident is alleged to have happened at University Hospital Limerick

THE trial of a young man who is accused of stabbing his brother-in-law during a fight at University Hospital Limerick was halted after a legal issue emerged.

Denis O’Driscoll, aged 25, who has an address at Monaclinou, Ballysimon Road, is accused of assaulting Edward O’Reilly, causing him harm, during an incident near the main entrance to the hospital on the evening of August 29, 2015.

In his evidence on the opening day of the trial at Limerick Circuit Court, Mr O’Reilly said he and his wife travelled from their home in Dublin to visit his father-in-law at UHL as he had been admitted after suffering a heart attack.

Mr O’Reilly told the jury of eight men and four women that while going to get refreshments with other relatives at around 8.15pm, they encountered the accused man on the ground floor of the hospital.

He described how Mr O’Driscoll was “mouthing off and shouting” which resulted in a scuffle breaking out between them as he was leaving the hospital by the main entrance.

“A minute or so after, I noticed I was stabbed, I realised I was bleeding from my side. I was stabbed just above my waist,” he said adding that Mr O’Driscoll then left the area.

Mr O’Reilly denied provoking the accused man and it is the State case that the assault was unprovoked.

The witness told John O’Sullivan BL, prosecuting that he received six stitches when he attended the Shannon Doc clinic (across the road from the hospital) a short time later.

Garda Vincent Donlon of the divisional scenes of crime unit told the jury he took photographs of Mr O’Reilly’s injury when he met with him at Shannon Doc following the incident.

However, being cross-examined by Brian McInerney BL he agreed he did not fine any blood or a weapon at the scene of the alleged assault.

Garda Donlon also agreed that gardaí did not take DNA swabs from the accused, his wound, or his clothes.

Following legal arguments in their absence on Thursday, Judge Tom O’Donnell told the jurors that an issue had arisen which would take some time to resolve.

Therefore, he said he was not in a position to continue with the trial.

“I’ve taken the pragmatic decision to discharge you,” he said.

The case has been adjourned to later in the year when a date for a retrial will be fixed.