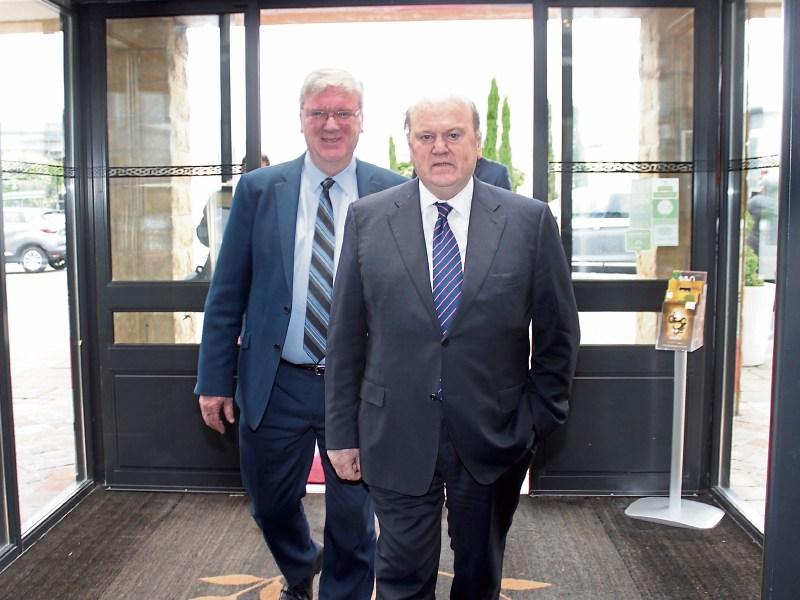 MINISTER for Finance Michael Noonan has said that there “is no announcement ready to be made”, following a report that Limerick is on course to benefit from Brexit with Northern Trust.

The Sunday Times reported that the US financial services giant is considering moving part of its European headquarters away from its Canary Wharf base to Limerick, in response to the British decision to leave the EU.

A Northern Trust source told the newspaper that there were “1,000 jobs on the line at Canary Wharf” if the UK does not secure a favourable deal for passporting of financial services throughout Europe.

In response to this story, Minister Noonan told the Limerick Leader: “There is no announcement ready to be made at present. But a lot of London-based companies are looking at Ireland.

“They are looking at Dublin in the first instance. But some of them that are already in Dublin are thinking of putting strategic units into Dublin, and moving what they have in Dublin to locations like Limerick, Cork and Galway, Kilkenny and so on.

“But there is nothing ready for announcement yet,” he added.

Minister Noonan made the comments at the launch of Castletroy Park Hotel’s expansion plans this Monday morning.

Recently Clive Bellows, who heads up Northern Trust’s Irish operations, said the company could add an additional 1,000 jobs to its hub in Limerick city.

Mr Bellows believes Northern Trust – which has bases at the Ballysimon Road and in the National Technology Park – will continue to be able to grow in the city due to the number of talented graduates coming from the University of Limerick and the Limerick Institute of Technology.

A spokesperson for the company in London said that, while Limerick was well positioned for further growth, there were no plans to significantly transfer jobs from London to Limerick, which was at odds with the story in the Sunday Times.