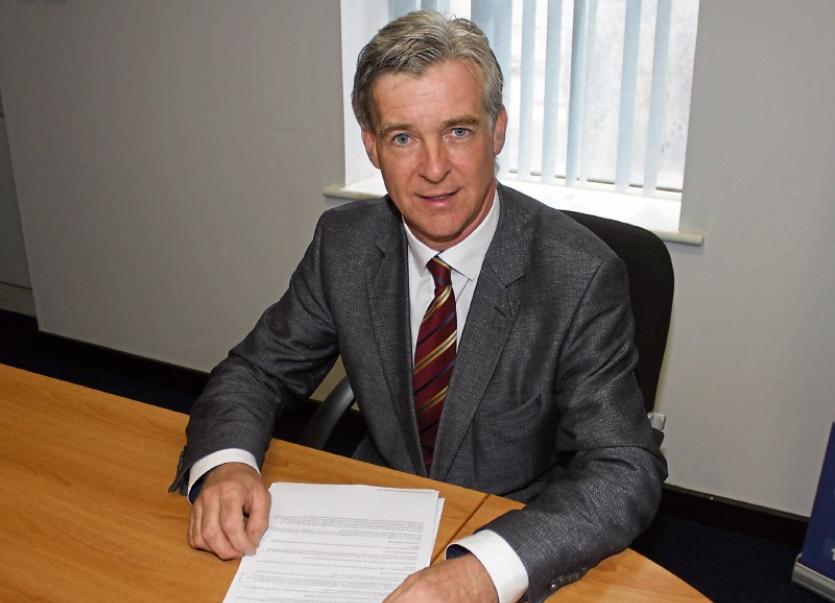 Dr Niall Cahill, the former medical director of the Student Health Centre at the University of Limerick, was accused of bullying, which he vehemently rejects

A DOCTOR at the University of Limerick received a €209,600 settlement to leave his post after 15 years, following allegations that he bullied another employee, which he continues to reject.

Dr Cahill claims that he had been raising concerns around governance and employment matters in UL since 2010, when a number of complaints were made against him by one employee, and a package to leave the university was “foisted” upon him.

The settlement agreement – which included a confidentiality clause – was made “without any admission of liability on the part of the university.”

It outlined that Dr Cahill –  who has since made a Protected Disclosure to the Higher Education Authority – waive all claims in respect of alleged occupational stress, bullying or harassment.

Former UL president, Professor Don Barry, confirmed the payment of this sum to an “external provider”, whom he stated was accused of bullying, at the hearing of the Public Accounts Committee (PAC) into UL’s finances this March.

The payment was disclosed in UL’s consolidated financial accounts for the year ending September 2015.

The payment to Dr Cahill, among four six-figure severance payments to former UL employees currently in the public domain, brings the total paid to €811,437.

This does not include an offer of €117,558 between two suspended whistleblowers in UL’s finance department, which both women refused to accept.

Dr Cahill, who was not named by Prof Barry at the PAC, has now decided to highlight his case as he believes that he is clearly identifiable through statements made at the PAC, and in further correspondence made public from the HEA to the PAC.

“I am guilty of nothing and I would state that in any court in the land. If my case was heard in the High Court or in any court, those findings by UL against me would not stand up to scrutiny. They were simply outrageous,” Dr Cahill, a practicing GP in the city, told the Limerick Leader.

Dr Cahill has now contacted new UL president Dr Des Fitzgerald seeking a meeting “to further elaborate upon the dreadful and dehumanising experience that I was subjected to in the University of Limerick”.

“There is a widespread culture of violation of proper procedure, protocol and process by senior management at the University of Limerick which must be challenged in the public interest and in the interest of all of those injured by the University of Limerick whilst earnestly carrying out their duties to the best of their abilities,” he claimed in correspondence sent to Dr Fitzgerald.

He further claimed that within UL there is a “cabal responsible for so much personal injury, harassment and intimidation.”

Dr Cahill said he believes that a number of whistleblowers in UL will, in time, “deserve an apology, restitution and an opportunity to clear their good names” pending the findings of the new review.

The review – the second commissioned by the State into UL - has been sought by the new president of UL, Dr Des Fitzgerald, in an effort to protect the university’s reputation nationally and internationally.

Up to his appointment on May 2, UL had refused to comply with a new review, or with a State visitor being appointed, to examine allegations regarding governance, HR matters, and severance payments not sanctioned by the Department of Education.

In response to Dr Cahill, Dr Fitzgerald said he was “deeply concerned for those who drew attention to these matters and for those who feel they have been mistreated.”

Dr Fitzgerald also stressed that he has not been involved in drawing up the terms of the new review “as it is important that this be entirely at hand’s length given the concerns of those involved.”

Dr Cahill will be co-operating with the review, which he hopes will be “a full, open transparent inquiry, where the evidence is subject to public scrutiny.”

“I would absolutely encourage others who have suffered bullying or intimidation in UL to come forward. They have a duty to do so.

“I wouldn’t request an apology until UL are found wanting, but it is completely wrong if there’s any aura or label or suggestion of misconduct attached to me.

“I acted morally and ethically in my duties,” said the Dublin native, who has been registered with the Irish Medical Council since 1986.

The settlement – which has been seen by the Limerick Leader – also included the wording of an email to be addressed to the campus community following his departure, thanking him for his “considerable contribution to the growth and development of the Student Health Centre”.

It stated he was “stepping down” from his role “to focus on other areas of his professional medical practice”.

He said said that not once in his “30 years of clinical practice had a single complaint been made against me by a patient, relative, guardian or any employer in all of my years as a practicing doctor” - until 2013.

At that point he said a series of complaints were made against him by another employee. The university appointed a consultant to carry out the investigation and a barrister was appointed to oversee an appeal of those findings.

However, Dr Cahill has claimed that he was not afforded any opportunity to meet with the second investigator, who upheld the original findings.

“This was an absolute travesty of all fair procedure and natural and constitutional justice,” said Dr Cahill.

He subsequently made a formal series of complaints against another employee in a different department - albeit related to his case - under the university's Dignity and Respect in the Workplace Policy.

Another investigator was appointed, who found that Dr Cahill's complaints were “vexatious”. It was during this period, he said, that Arthur Cox solicitors, on behalf of UL, contacted his legal team requesting that he return to face a disciplinary hearing.

He said the agreement was “foisted” upon him, while he was out on leave for emergency surgery and during a “highly vulnerable time in my life and with no regard to any duty of care that they would properly have to me.”

At the PAC, Prof Barry confirmed that the payment of this sum was made “in connection with a claim of bullying against the external provider, which was upheld by an investigation leading to a disciplinary process.”

“In the middle of the disciplinary process the external provider's solicitor wrote to our solicitor seeking a negotiated settlement and the number mentioned there is the outcome of those negotiations,” said Prof Barry.

Dr Cahill said that his legal team was contacted by UL’s representatives regarding a settlement.

The settlement outlines that Dr Cahill and UL had been in dispute for a number of years concerning his employment status, with Dr Cahill advising the university of his intention to institute legal proceedings in this regard.

Separately, UL had commenced internal proceedings against Dr Cahill in relation to the complaint by one employee.

Dr Cahill again advised he would be issuing legal proceedings against UL if it terminated his employment following these complaints.