Vote to rename The Square in Newcastle West comprehensively rejected 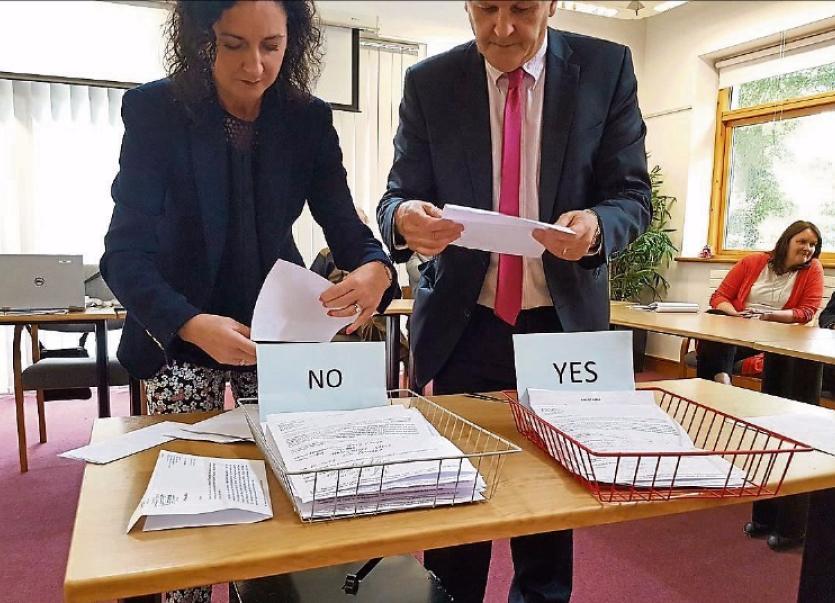 A VOTE to rename The Square in Newcastle West after the executed Easter Rising leader Con Colbert has been rejected.

A total of 39 residents and ratepayers were eligible to vote and were asked to tick yes or no to the following question: “I consent to an application being made for change of the name of “The Square” to “Con Colbert Square”

Of the 39 ballots, 27 were returned, one was invalid as the ballot paper had not been witnessed, giving a total poll of 26. There were six in favour and 20 against, the council said.

According to the bye-laws, a plebiscite will be carried if 4/7ths of the total eligible poll vote in favour. In this case it meant that in order for the plebiscite to be carried 22 votes in favour would have had to be cast.

“Name of The Square in NCW will remain the same after ballot to change name to Con Colbert Square was defeated. 20 to 6,” the council tweeted.

Name of The Square in NCW will remain the same after ballot to change name to Con Colbert Square was defeated. 20 to 6 1/2

Ballot papers being sorted in the plebiscite for renaming The Square in NCW. pic.twitter.com/Ptz2WC9dTW

The idea was first proposed, last November, by Fianna Fail’s Cllr Michael Collins. He was told by Fine Gael’s Cllr Jerome Scanlan that there was “no appetite” for a name change for the Square.

Two submissions were received when the proposal became public, one from the sixth class pupils of Scoil Iosaf NS in the town who argued the idea was a “waste of time, money and resources”. And if a name change were to occur, they said, Michael Hartnett Square “would be more suitable”. Students from the class attended the count.

Mayor Kieran O'Hanlon speaking to pupils from Scoil Iosaf in Newcastle West at start of plebiscite for changing name of The Square in NCW pic.twitter.com/ueg6QzBsHC

Another submission from Seamus Hennessy, An Post, Newcastle West suggested Pearse Square as an alternative.

However, these submissions were regarded as invalid as the submissions sought by the council were not about agreeing or disagreeing but solely about who was entitled to vote. In the end, some 39 people were listed as being eligible to vote: 11 resident electors and 25 rate-payers.

When Cllr Collins proposed the naming of the Square after Con Colbert, who was executed in May, 1916 for his part in the Easter Rising, he reminded councillors that a similar attempt was made in 1966 but came to nothing, “I think this is very apt,” he said. “I see this as unfinished work from 1966 which now needs to be completed.”

Con Colbert was born in Castlemahon where a memorial statue was erected last year on the centenary of the Rising. He was reared in Athea where the local hall is named in his honour and where a memorial weekend took place last year.