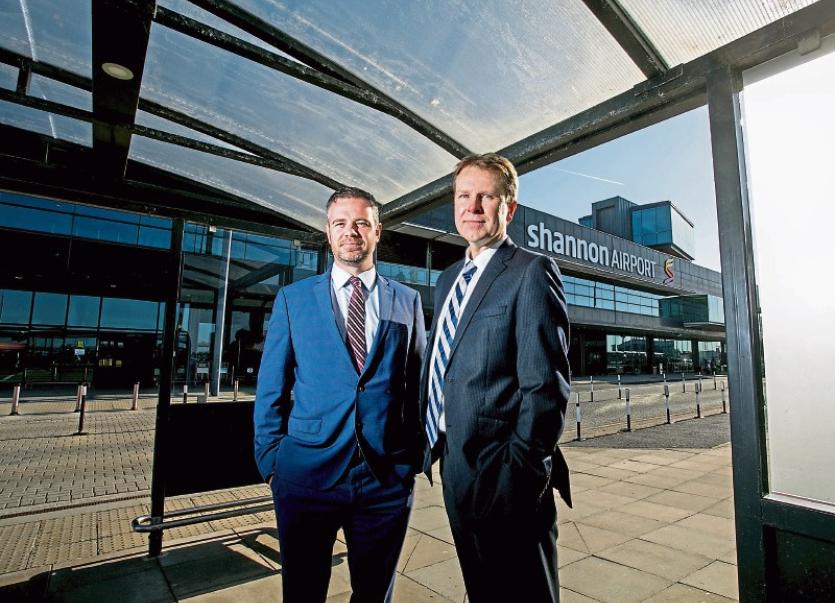 LIMERICK Chamber has urged that Dublin Airport’s “monopolistic” hold on the aviation market should not be allowed to continue.

The Chamber has urged the Government to address the current economic imbalance that is causing the divide between the Dublin region and the rest of the country to widen at an alarming rate and, at the same time, causing congestion and uncompetitiveness in the capital.

In its submission to the National Planning Framework (NPF), ‘Ireland 2040 – Our Plan’, Limerick Chamber said that in the long-term, regional cities on the western half of the island will play a key role in rebalancing the national economy, but policy must be put in place to direct that correction.

The use of Shannon Airport and the Shannon Estuary are highlighted as two of the most important areas for further development.

“There’s a direct correlation between airport growth and regional growth,” said Dr James Ring, Chamber CEO, “and right now, the DAA monopoly is mopping up the growth, with 86% of the market up from 81% five years ago.

“In the meantime, Cork’s market share has dropped alarming from 10% to 6.5% and Shannon to a lesser degree, from 5.9% to 5.5%.  If the regions are to grow, which is essential, these airports must grow their market share.

“If they don’t, it can only lead to more growth in and pressure on Dublin and less growth in the regions.  It must be dealt with.”

The Chamber submission calls for current aviation policy to be updated and aligned with the objectives of the NPF.

In recognising the importance of the Shannon Estuary, the submission proposes that the road network between Foynes, the country’s largest bulk port, Limerick and Dublin is upgraded and the disused rail-link to it reinstated.

The development of the M20 between Cork and Limerick was highlighted as a major infrastructure requirement to support second tier cities and complete the Atlantic Corridor.

The submission also proposes that the NPF recognise a number of key Shannon Estuary investment locations, in particular, the site at Ballylongford, county Kerry, where a proposed LNG [Liquefied natural gas] facility has the potential to create 650 construction jobs as well as 100 permanent jobs once completed.