'We are lucky to have had him': Tributes to Michael Noonan in Limerick

POLITICS:  'HE WAS ONE OF THE BEST MINISTERS WE EVER HAD' 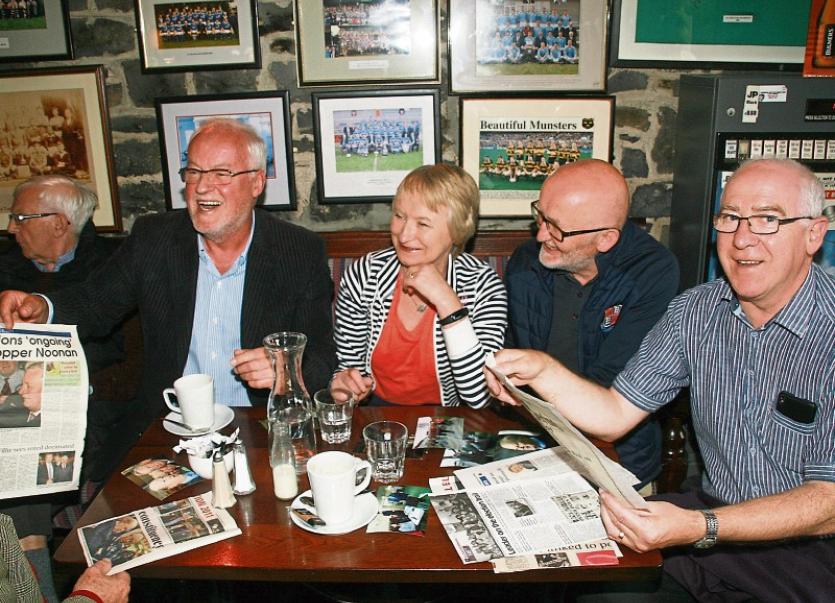 Pictured with a cutting from the Leader on Noonan's polltopping performance is Jim O’Farrell, with Marie and Dermot McConn and Timmy O’Connor Pictures: Adrian Butler

“THE country is lucky it had someone of the calibre of Michael Noonan in government”.

The thoughts of local Fine Gael stalwart Timmy O’Connor reacting to news the Finance Minister is to step down from Cabinet, and retire.

Following the announcement, many supporters gathered in one of Mr Noonan’s favourite watering holes, Bobby Byrne’s to reflect on the achievements of his almost 40 years in the Dail.

While the former Fine Gael leader was not able to make it himself, there were plenty of pictures of him shared around – and a cutting from this very newspaper of when he topped the poll in 2011’s election, the 30th anniversary of his first Dail election.

Naturally, a big focus of the reflection was around the last six-and-a-bit years where he served in the finance ministry.

Marie McConn, who first met him in the 1970s, highlighted improvements at the University Hospital Limerick, the Opera Centre, the redevelopment of the Cleeve’s factory, the new courthouse, and Hanging Gardens development.

“I think Michael was a huge factor in all of these,” she said.

Well-known artist and supporter of Mr Noonan’s, Jim O’Farrell said: “Many people would have said he is the finest minister we have had. What is often commented upon is how Michael would be in Europe on a Wednesday night, and on a Thursday, he would attend our local party meetings, dealing with local issues, and at the same time explain to us what was going on Europe. It was a great privilege to have that”.

Many present in Bobby’s recalled the nights spent canvassing with the Loughill native. 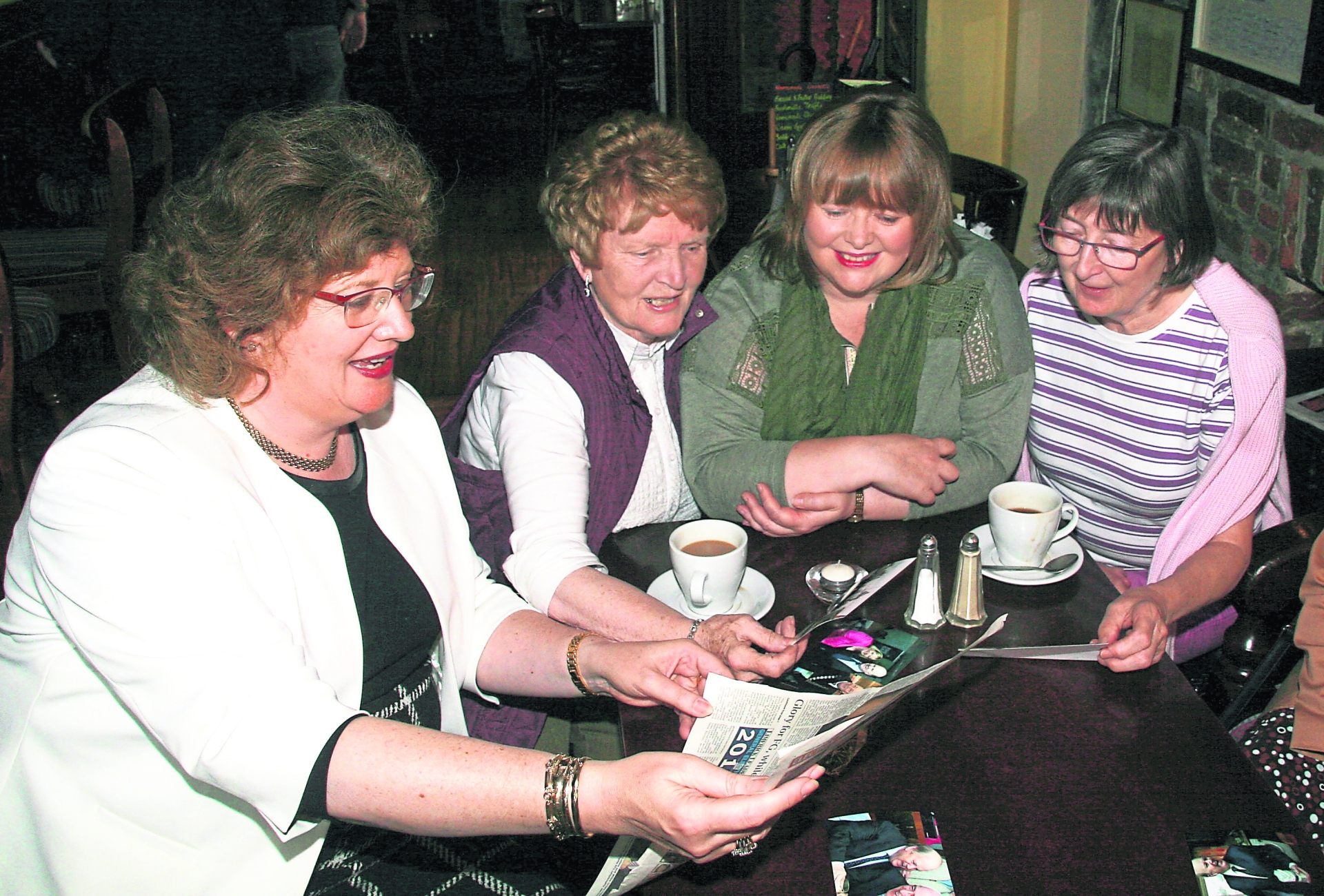 “Every time we went canvassing with him, we had great fun, and great banter. There was a serious element to it. But he was great to give time to his own. He could think on his feet, and people took great comfort and substance on that,” Jim added.

Aileen Browne, who started canvassing for Michael in the 1990s, added: “Michael always made me feel very welcome. A lot of very strong friendships grew up around Michael and his canvassing.”

Mr O’Connor, a Na Piarsaigh chairman was not surprised at Mr Noonan’s retirement: “I think today was coming for a while. He deserves a bit of relaxation and time with his family.” 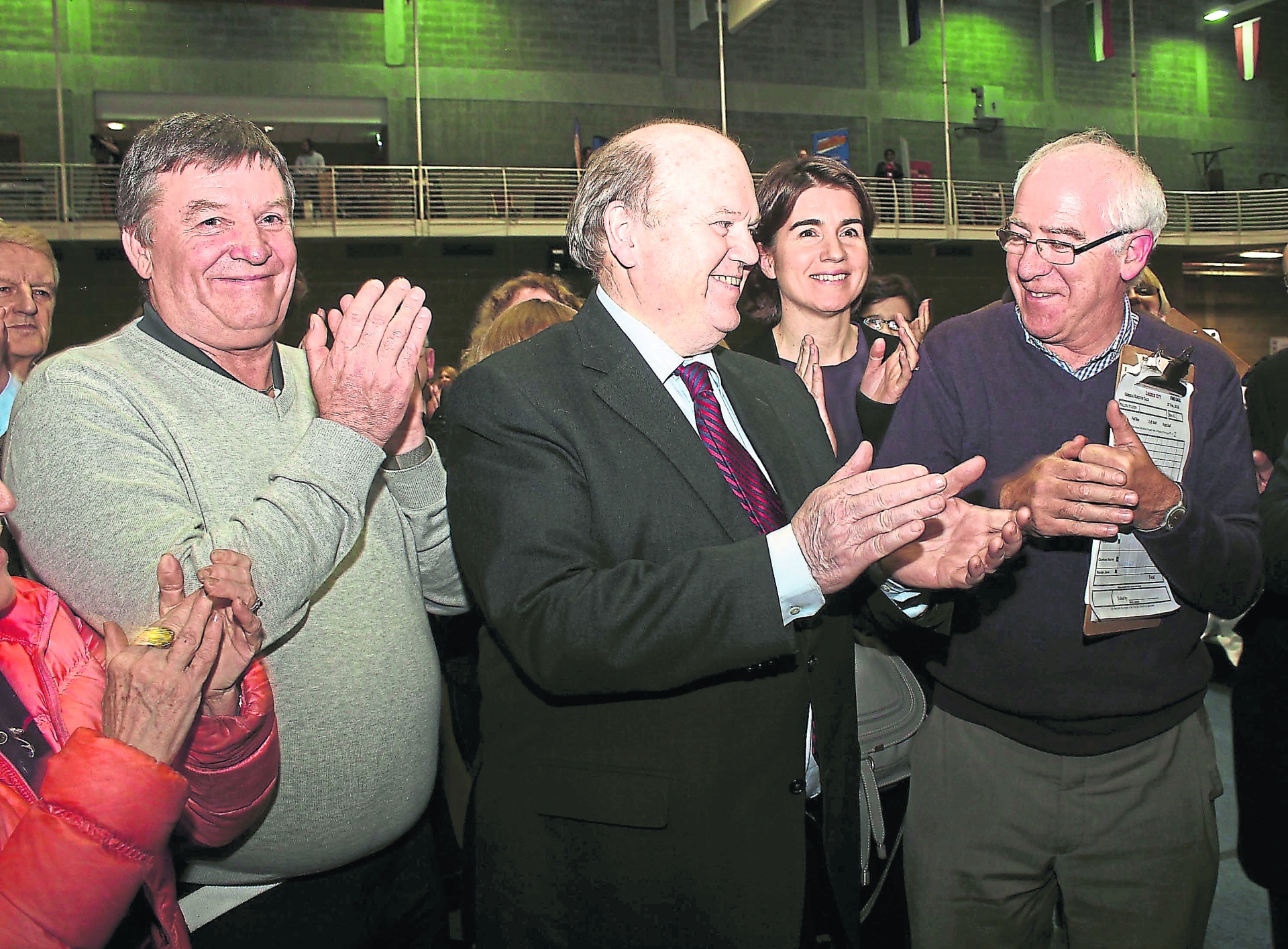