Mixed reaction to plans to roll out 1,600 social houses in Limerick by 2021 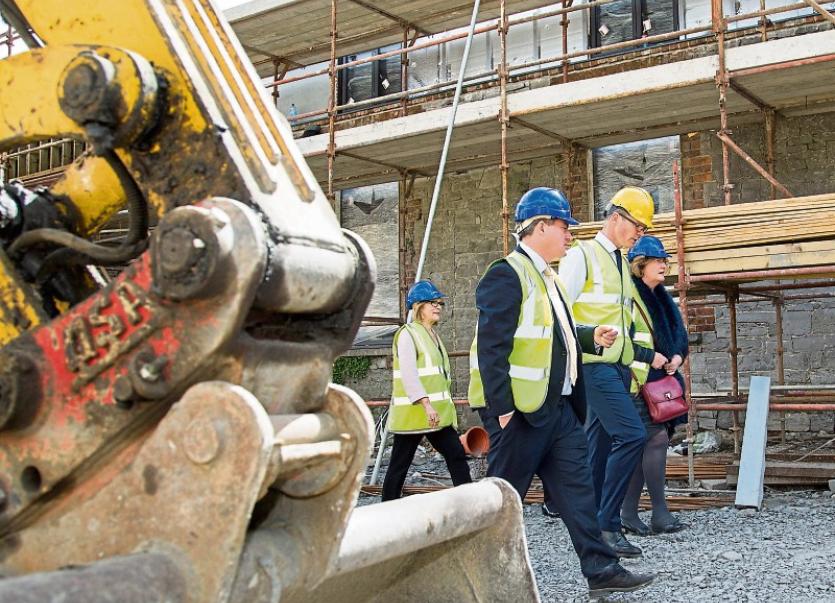 AROUND 1,600 social houses are to be rolled out across Limerick over the next four years, it has emerged.

Briefing members of the Metropolitan District this week, Seamus Hanrahan, senior executive architect with Limerick City and County Council, says it is anticipated that almost two thirds of the units will be ‘new builds’ while the remainder will be provided in others ways.

Details of the plans have been included in the Government’s Rebuilding Ireland progamme which is set to run between 2018 and 2021.

In addition to ‘new builds’, Mr Hanrahan said other units will be delivered through Approved Housing Bodies or through buy-to-rent schemes.

All of the units, he said, will be additional to those provided through the regeneration programme which is ongoing in certain parts of the city.

Answering questions from councillors, Mr Hanrahan said the figures in the plan have been extrapolated from national targets set by the government.

He said 79% of the current demand for social housing in Limerick comes from the Metropolitan area but that there is also significant demand in locations such as Newcastle West and in Castleconnell.

Cllr Cian Prendiville the plan “sounds good and is good spin” but will not address the current housing crisis. He also expressed concerns that the local authority is considering a public-private-partnership model to develop some council-owned sites in the city.

While welcoming the plans, Cllr Séighin Ó Ceallaigh said they are inadequate and will not get “anywhere near” solving the crisis.

Former Mayor of Limerick, Cllr John Gilligan, said he was concerned that the new houses will be allocated to people who have previously been moved as part of the regeneration programme while the housing waiting list continues to grow.

“All we are doing is moving people around, we are doing nothing to increase the housing stock – it’s a bit like your gross wage versus your net wage,” he said.

A number of councillors expressed concern that the majority of the new housing units will be developed in the greater city area while others said they were concerned that the local authority is competing against first time buyers when acquiring properties.

In response, Mr Hanrahan said while the council viewed around 300 properties last year it bought just 50 and did not pursue the purchase of others.

”We pull out if we are up against a first time buyer or if the property is not vacant,” he said.

Cllr James Collins said the current crisis is because demand is exceeding supply in many areas which has also resulted in rental costs spiralling in recent months.

He said more needs to be done to increase supply and he urged council management to look at ways of freeing-up residential-zoned sites which have not been developed for a variety of reasons.

During Monday’s meeting, Mr Hanrahan confirmed he expects the Dooradoyle/Raheen area will be added to the list of Rent Pressure Zones in the coming months.