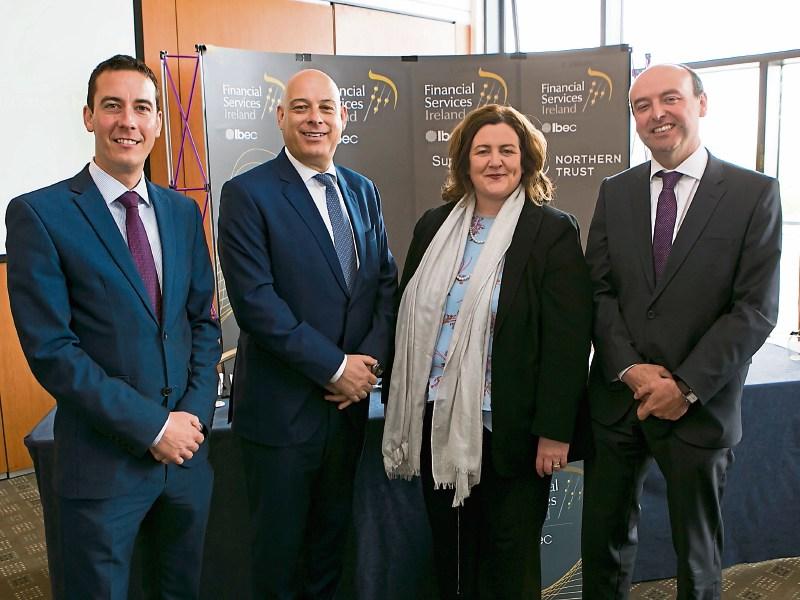 THE boss of one of Limerick’s biggest employers believes the company could double its workforce in the coming years.

He was speaking at an event in Limerick’s Clayton Hotel, which focused on how to make the Mid-West region a financial hub.

Mr Bellows believes Northern Trust – which has bases at the Ballysimon Road and in the National Technology Park – will continue to be able to grow in the city due to the number of talented graduates coming from the University of Limerick and the Limerick Institute of Technology.

“Around half the staff we have in Limerick have come straight from the University of Limerick or the Limerick Institute of Technology. The quality of graduates we have here are exceptional,” Mr Bellows said.

“We have worked hard to build the cluster which already exists. Is there a potential for more activity? We’re always out there trying to fight for the foreign direct investment in the market. ButI’d err on the side of caution as to what needs to be done in the city to attract more investment. That’s where my focus is,” said Mr O’Callaghan, who also addressed the conference.

He said vast improvements need to be made to the traffic issues around the University of Limerick and the National Technology Park.

“We’re seeing some improvements in the pipeline in terms of office space in Limerick. But it’s slower than what we’d like.

“We’d like to see this come to the market a lot quicker. But if you have the location, talent and infrastructure in place, as we do, there is no reason we cannot win more investment,” the IDA boss added.

The conference at the Clayton Hotel was organised by the Irish Business and Employers Confederation (Ibec).

The purpose of the event is to “bring capital beyond the capital”.

Among the other guest speakers were the founding UL president Dr Edward Walsh, Denis McCarthy, who heads Fexco, and Shane Blake the human resource manager at another financial firm ACI Worldwide.