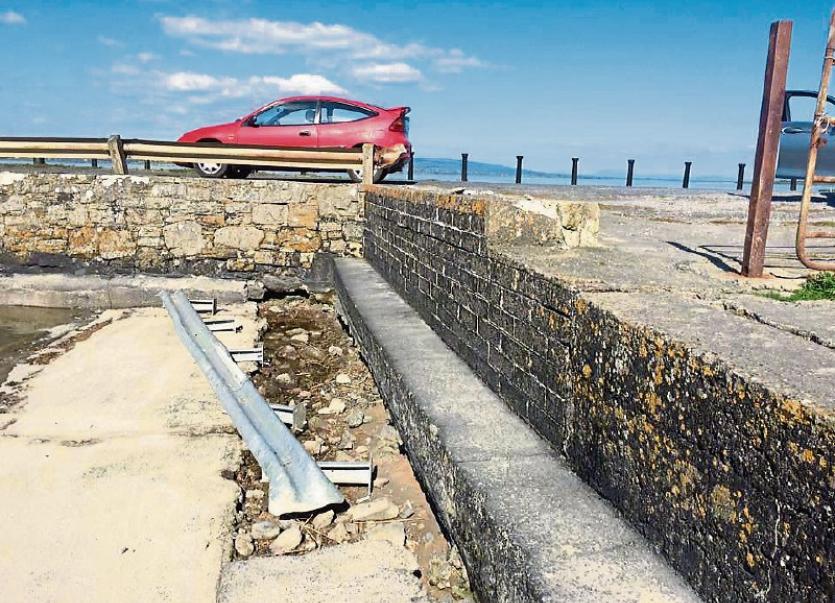 Damage: The pier at Ringmoylan

A SAFETY crash barrier at Ringmoylan Pier on the Shannon has been hit so badly it was driven onto the river bed four or five feet below.

Now Independent councillor Emmett O’Brien, who discovered the damage late on Sunday afternoon, has asked Limerick City and County Council to repair the damage at the Pallaskenry pier immediately on safety grounds. 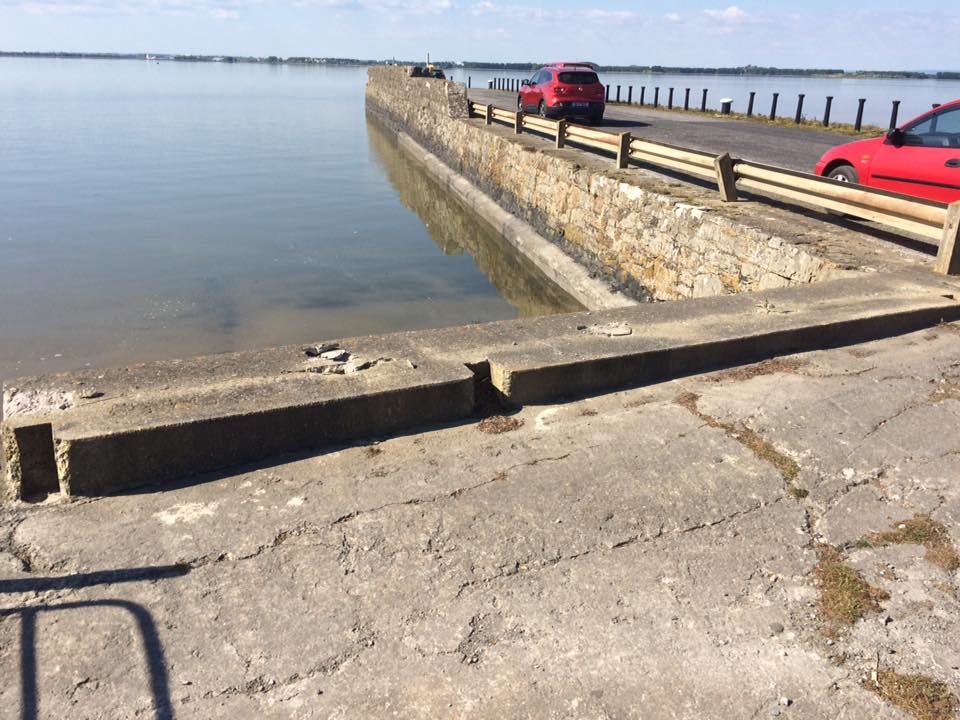 However, he is concerned that the damage was deliberate as he believes it was not reported to the gardai in connection with any motoring incident.

“If it is anti-social behaviour, that is really unacceptable,” he said.

“It is in the context of what is happening in Ringmoylan, and not just Ringmoylan, but other piers as well,” the Pallaskenry councillor continued.

The incidents of anti-social behaviour are sporadic, the councillor said. There is nothing taking place of a significant level, some boy-racing he stressed and there is nothing to intimidate people, just general messing. 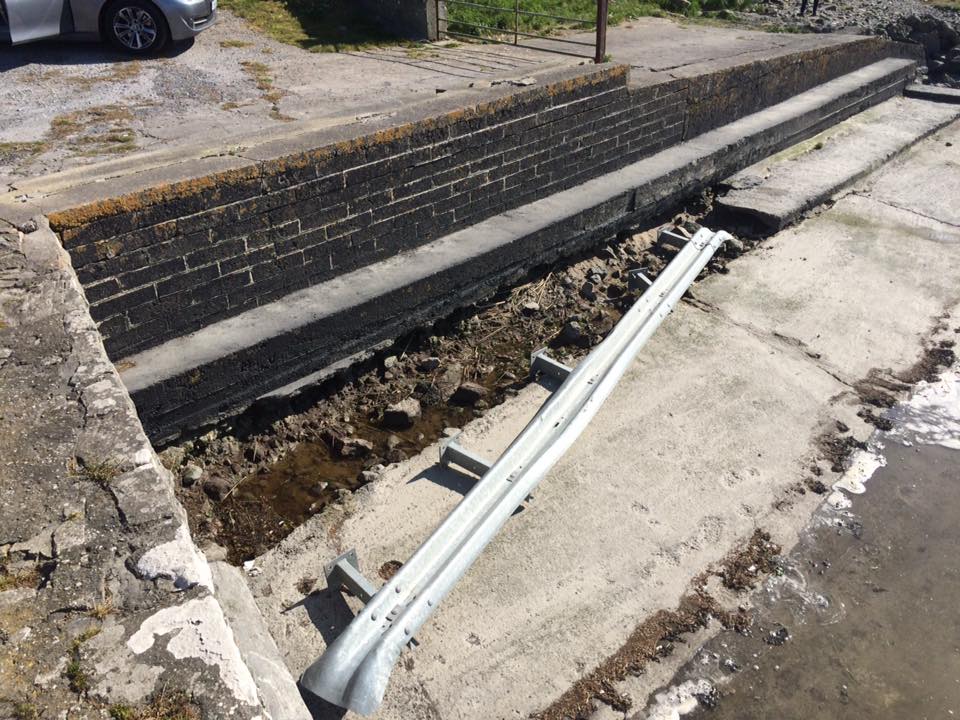 But he pointed out that over the past two years or so, bollards at the pier have been removed and thrown into the river and had to be replaced. A gate was also lifted off its hinges and dumped in the river.

“It is general messing,” he added. “But it is unwarranted.”

The damage is to public property and there is a cost involved in repairing it, he pointed out.

Cllr O’Brien has lobbied for and gotten agreement for a slipway to be developed at Ringmoylan which would improve the pier for safety and leisure purposes.

The process of making this a reality has begun with a title search, but it is likely to be next year before the slipway can be built.

UPDATE: Cllr O'Brien has said that he has "received confirmation that the Council Roads Crew will arrange for kelly blocks to be put in place tomorrow morning in replacement for the Barrier until the Crash Barrier is replaced/repaired."