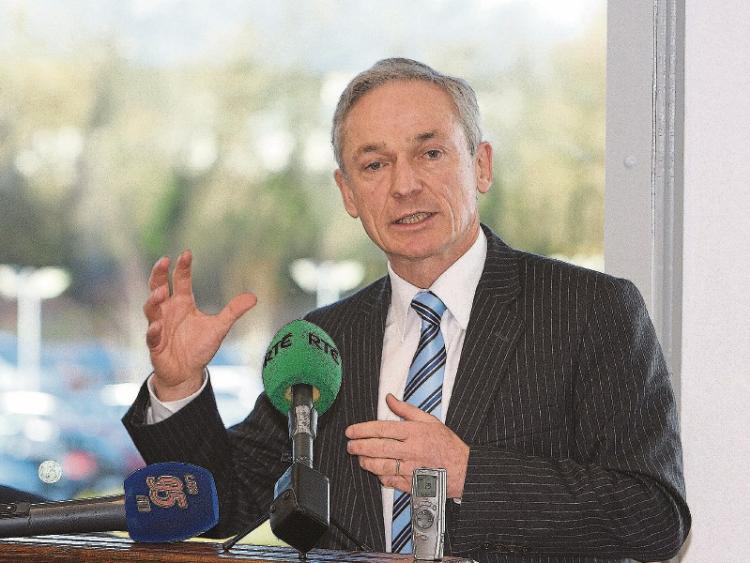 THE Minister for Education Richard Bruton has said that he believes that the University of Limerick whistleblowers who have made allegations in relation to financial practices are “very genuine”.

Minister Bruton was speaking in Limerick today following the announcement that there will be a full independent inquiry into the treatment of those who raised concerns into UL's financial practices.

He said he was “very impressed” with the whistleblowers following a recent meeting with the three female employees, who all worked in UL’s finance department, and were found by one report under the Higher Education Authority to have legitimately raised concerns about expense claims they were asked to process.

One of those individuals has left the university, while two remain suspended with pay for nearly two years.

“This has had a substantial history. There have been a number of whistleblower cases which have come to attention of the HEA. They resulted in an investigation internally, conducted by Mazars,” Minister Bruton told the Limerick Leader.

Minister Bruton said while the terms of reference of the inquiry have yet to be announced, he would welcome other whistleblowers in coming forward.

The inquiry, he said, is a “joint initiative” with the university, which announced this Friday that the new president of UL, Dr Desmond Fitzgerald, had sought a full inquiry this Tuesday, on his first day of taking office.

Minister Bruton said the inquiry is needed to “put the university on a very strong footing for the future”.

“The correct approach is to have an independent review, because I believe UL is one of the jewels in the crown of our university sector. It's really important that its reputation should be as strong as possible. We want to deal with this issue which has caused concern and which has damaged UL in the media, and make sure that this can be properly investigated,” he said.

Minister Bruton said severance packages offered to two suspended employees will be “amongst issues which will have be reviewed”.

Following an earlier review by independent consultants Mazars, which outlined a series of recommendations to UL in terms of its policies and procedures, he said the inquiry is now necessary “to ensure practices in the future are robust and beyond question.”

Minister Bruton said that he will be meeting with president Fitzgerald later today in UL, but said it “won't be an opportunity for going through terms of reference”.

However, he said they are “on the same page on the importance of the review.”

In a statement released this Friday morning, a UL spokesperson said that that it invited the department to undertake an independent review of a number of areas of governance at the university.

It did so on Tuesday last at the instruction of president Fitzgerald.

“The new UL president wants to ensure the full confidence of the Department of Education and other stakeholders and so took the decision to invite an independent review of issues this week.

“The university looks forward to working closely with the review process. The focus of the new president of UL is to protect and develop the university’s academic reputation - that reputation is important to the city of Limerick, to Mid-West region and to the thousands of students, staff and graduates of UL.

“Therefore, questions raised at the PAC last month and by the Department itself need to be addressed and clarified so that the reputation of UL and the region it serves can move forward with the full confidence of its many stakeholders,” concluded the statement from UL.

Deputy Collins added that he hopes the terms of reference are broad enough to encompass all the concerns of the whistleblowers, a number of which were not dealt with by the Mazars report.

Leona O'Callaghan, a former UL employee in the finance department, brought correspondence in relation to her concerns to the Public Accounts Committee (PAC) in 2006, but they did not go to a full hearing at that time.

“I’m very grateful that the new president appears to be dealing with these issues in a fair and transparent manner. It is just a pity it has taken so long. I hope that after this inquiry that UL becomes the place that it is capable of being, and that the truth will finally come out,” said Ms O’Callaghan.

She said she repeatedly called for a meeting with former UL president Don Barry, but none was facilitated, and hopes that the new president will agree to meet with her and the other suspended employees.