Independent inquiry into allegations at University of Limerick 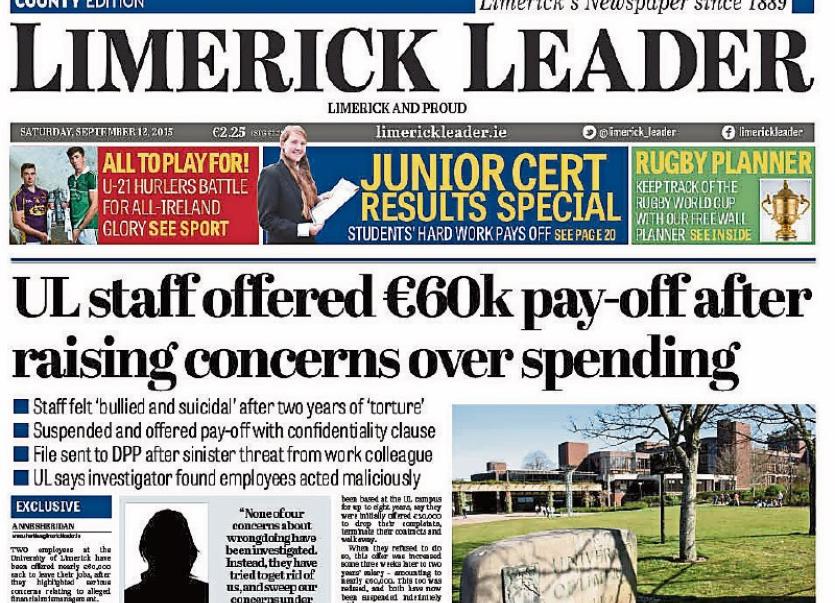 AN independent inquiry into a series of allegations of misconduct at University of Limerick is to be launched by the Department of Education.

The allegations – which were first revealed by the Limerick Leader nearly two years ago - relate to the treatment of staff and former employees who raised concerns over irregular expenses claims.

That story led UL to pursue legal action at the High Court against both the Limerick Leader and its then editor Alan English, which it later dropped following pressure by the National Union of Journalists and a number of Government deputies.

Leona O'Callaghan, a former UL employee, again in the finance department, brought correspondence in relation to her concerns to the Public Accounts Committee (PAC) in 2006, but they did not go to a full hearing at that time.

UL, under previous president Don Barry who stepped down last week, had rejected attempts at the Higher Education Authority’s request to allow for an independent inquiry.

However, new president, Dr Des Fitzgerald, who took office this week, is understood to have contacted the Department of Education and Science to say an independent review of the allegations was warranted. 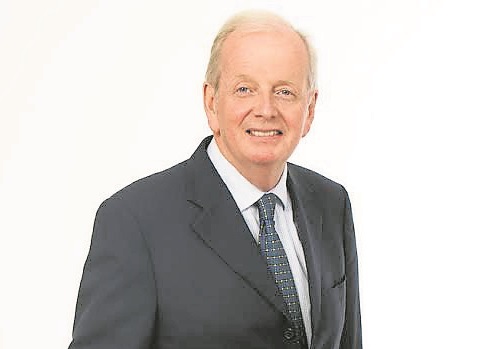 A spokesperson for UL said in a statement this Friday morning that it invited the department to undertake an independent review of a number of areas of governance at the university.

It did so last Tuesday at the instruction of president Fitzgerald.

"The new UL president wants to ensure the full confidence of the Department of Education and other stakeholders and so took the decision to invite an independent review of issues this week.

"The university looks forward to working closely with the review process. The focus of the new president of UL is to protect and develop the university’s academic reputation - that reputation is important to the city of Limerick, to Mid-West region and to the thousands of students, staff and graduates of UL.

"Therefore, questions raised at the PAC last month and by the Department itself need to be addressed and clarified so that the reputation of UL and the region it serves can move forward with the full confidence of its many stakeholders," concluded the statement from UL.

Department officials are understood to be preparing the terms for the independent investigation, which are due to be announced in the coming days.

A spokesperson for the Higher Education Authority told the Limerick Leader that it is supportive of actions which will help to bring these cases to a resolution.

It is understood that discussions are now centred on who will lead the investigation, but it is expected to be someone with "extensive experience in the field of higher level education" and someone who is not from Limerick, nor associated with any Limerick third level institution.

The Minister for Education Richard Bruton is due to visit UL today, among a number of engagements in the city.

Costs to the State in relation to the UL case amount to over €200,000 to date, including suspension payments to the two female whistleblowers, and the costs of two independent reports commissioned by the Higher Education Authority, including the Mazars' report.

That report, however, examined the processes and procedures employed by UL in dealing with the issues raised by the women, rather than investigating their allegations.

The roles of the two suspended women in the finance department have now been filled.

Copies of the severance agreements which were offered to them by Arthur Cox solicitors, on behalf of UL, and amounting to nearly €60,000 each have been produced by this newspaper.

The confidential severance agreements, which they refused to sign, also dictated that they would drop any actions under the Protected Disclosures Act.

At a hearing of the PAC in March, president Barry rejected “any statement that there was any corruption going on in the university in the strongest possible terms.”

He did not accept that there was any wrongdoing or abuse of the expenses system, but accepted that there were financial control failures.

Deputy leader of Sinn Fein, Mary Lou McDonald, a graduate of UL, said at the hearing that there were an “astonishing amount of complaints” in relation to expenses in what could be described as a “VIP system”.

“At worst, it represented corruption within the system,” she said.

Ms McDonald said an independent agency should have been employed to conduct a full investigation into the claims of all three female whistleblowers, citing the narrow terms of the Mazars' report, which was commissioned by the HEA.

The recently appointed new chief executive of the HEA, Dr Graham Love, agreed that a “wider probe was needed.”