Plumes of smoke visible across the city 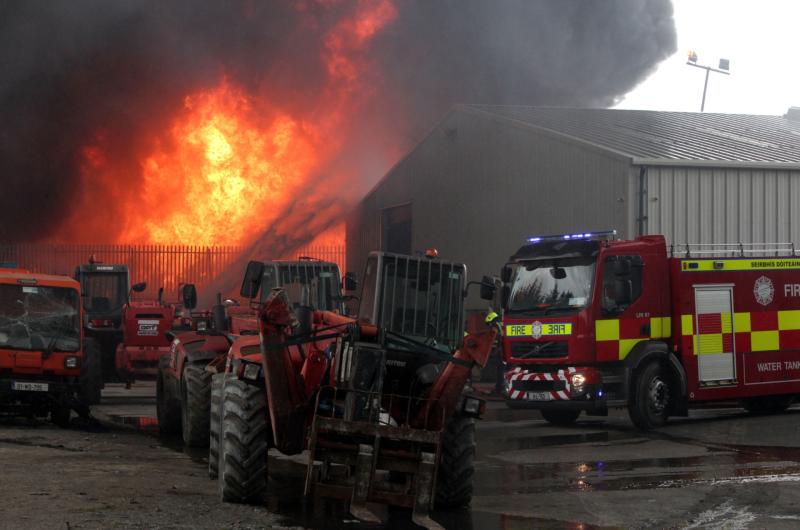 The scene of the fire at Clear Circle, Ballysimon - Picture: Michael Cowhey

SEVERAL units of Limerick Fire and Rescue Service are attending the scene of a commercial fire at the Clear Circle metal recycling plant at Ballysimon Road.

The alarm was raised shortly after 3pm this Thursday and plumes of thick black smoke can be seen across the city.

There are major traffic delays in the area and residents in the locality are asked to close their windows.

Five units of Limerick Fire and Rescue service have been deployed at the scene while a number of backup units from County Limerick have been placed on standby.

AA Roadwatch says there are major traffic delays in the area and caution is advised. A number of roads have been closed.

Our crews are currently in attendance at a large scrap metal fire on the Ballysimon Road.

Gardai from Henry Street are also in attendance.