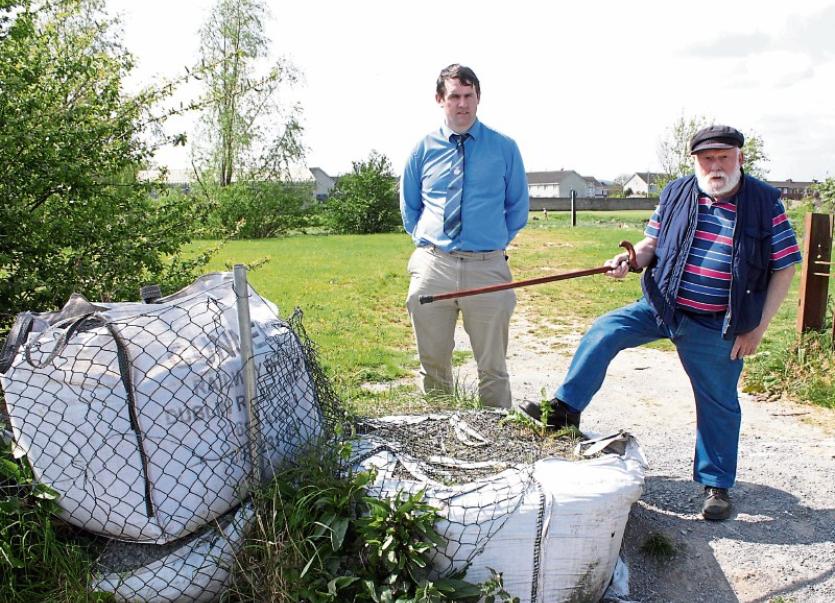 CORBALLY residents will find out shortly if they are on a “priority list” for funding for defences to prevent flooding in their homes.

Residents of the Corbally Road, the Mill Road and the surrounding areas on the banks of the Shannon live in fear every time there is heavy rainfall, that the river could burst its banks and destroy their homes, says Cllr Frankie Daly.

The council could not provide a firm answer when local councillor Frankie Daly – who lives in the area – asked when funding for defences would become available.

Cllr Daly – who is looking for a new flood embankment and flood walls in Corbally immediately – said there is a sense of “nausea” in the area over the fact nothing has yet been done.

In response to his notice of motion, Kieran Lehane, the manager in the metropolitan district, said: “It is not known at present when the flood relief scheme for the city can be advanced”.

He explained how the Office of Public Works is preparing a priority list for funding for all flood relief schemes, and this will be released shortly.

“If the funding becomes available for the Limerick schemes, the council will then be in a position to consider the overall Corbally area,” he added.

And in the meantime, he wants the council to put in earth and grass to stop the floods coming in.

“I don’t think that would cost too much,” he said, “I’d like to see Goose’s Corner blocked off, and go up the Corbally Road. I’m not saying put a wall up the whole way, but put a couple of lorry loads of earth and grass over it to stop the floods coming in and getting to the houses.”

Mr Hourigan said the last time there was flooding a pet dog drowned.

“Next time, it could be a human being,” he warned.

“We cannot get flood insurance. So the only thing we can do is prevent the flooding as best we can.”

Cllr Daly said: “Anytime there is a flood, Timmy has to have his family take his furniture upstairs up a height. You can see how it affects him. He is in fear his house could flood at any time. So we need to act now: there is an urgency around this.”

Mr Hourigan joked: “If Donald Trump wants to build a wall, he can build it here along the banks of Corbally!”