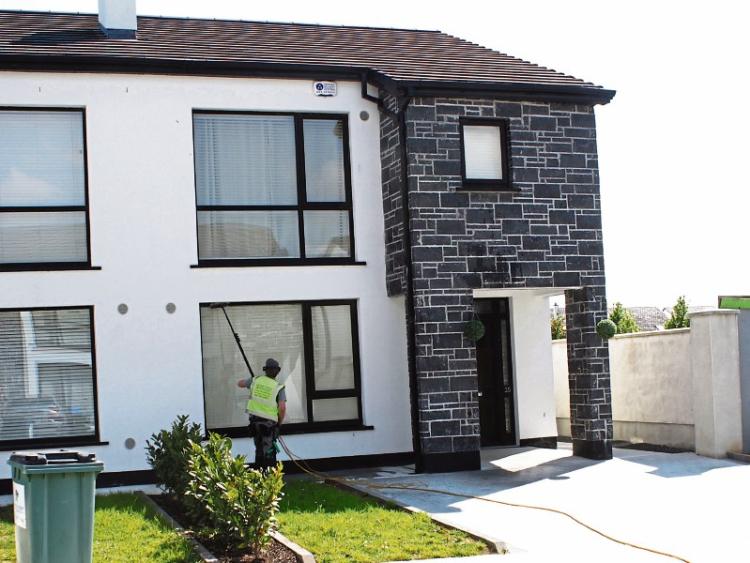 Windows being cleaned in Mungret on Wednesday - Picture: Michael Cowhey

THE environmental regulator has ordered Irish Cement to fully review its processes after dust found on local’s cars “contained material” from its Mungret plant.

In a statement the Environmental Protection Agency (EPA) , Limerick City and County Council and the HSE have confirmed a “formal compliance investigation” has been sought into the control of dust at the factory.

“As part of this investigation, the company is conducting a detailed inspection of the material and product handling infrastructure and processes over the entire site to identify and possible defects,” the statement said, adding that Irish Cement must conclude the review in a month and provide regular reports to the EPA.

However, residents say this does not go far enough. “For the most part, Irish Cement is being allowed to investigate itself,” Limerick Against Pollution (Lap) said in a statement, “We don’t think it’s appropriate for the EPA to abdicate responsibility here, and to simply wait for Irish Cement to provide an explanation. It is a low level of censure and no independent verification of what actually happened. At this stage, the EPA should be sending someone in to inspect and verify the operations at the plant.”

This Wednesday, windows belonging to residents in the neighbouring estates in Mungret were being cleaned by operatives paid by Irish Cement. They also cleaned residents’ cars which have been cloaked in dust.

There has also been criticism of the company this week for stopping short of admitting liability for recent blow-outs.

In a short comment, released following the EPA/HSE statement, Irish Cement only noted the regulator’s finding, which it said “attribut[ed] responsibility to Irish Cement for recent dust emissions in the vicinity of the Mungret factory”.

The company apologised for inconvenience caused to neighbours. Local Fianna Fail councillor James Collins has predicted that if Irish Cement is given the green light to proceed with its €10m plans to burn tyres and solid recovered waste in Mungret, “the EPA itself will have to be called into question”.

“If you’re looking at an application to vary the environmental processes, the first thing you should look at is their competency and track record, and the incidents over the last couple of weeks show Irish Cement is not managing its current facility in an acceptable manner,” he said, "This also gives us grave concerns as to how the facility will be managed when they are burning tyres, plastics and other waste products which may lead to toxic emissions.”

Cllr Daniel Butler predicted: “This will have serious consequences for Irish Cement when they go to renew their licence to the EPA”.

In a response to a press query, Irish Cement stated this Wednesday: “In line with its industrial emissions licence, Irish Cement will continue to engage with the EPA and adhere to the strict reporting and regulatory standards that are required. The company is also proactively engaged with local residents to rectify any inconvenience caused by recent dust emissions.”