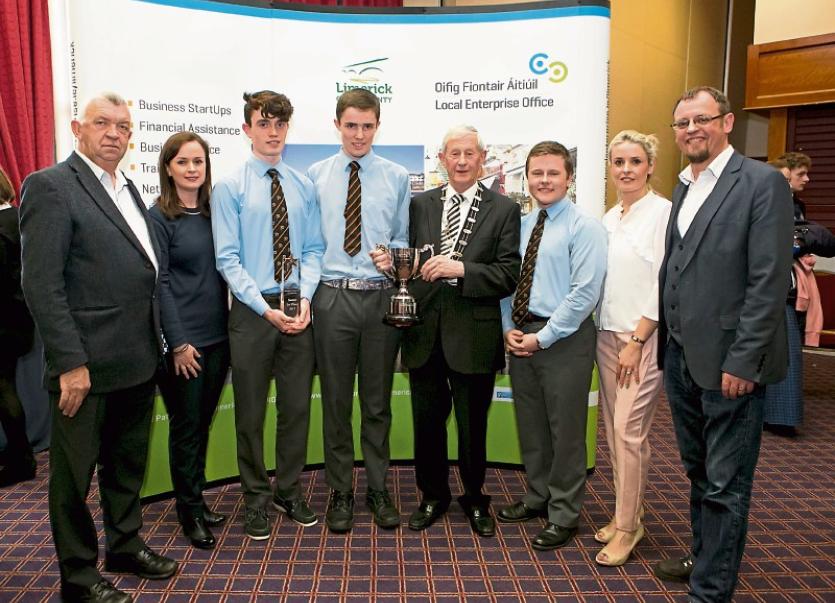 FOUR enterprising Limerick students are preparing to represent the city at a national final in Croke Park this Wednesday.

They have developed a product, which offers three different functions under their company Pablo Science and Engineering Innovations.

There is a telephone app which shows people how to use the stock exchange, plus an app which is no doubt going to be a Godsend for teachers – helping to track students taking part in tours.

Their final app allows access to the public stock exchange.

Teacher Moira Wallace, who co-ordinates the Student Enterprise Awards in Ardscoil Ris, said: “It’s a fantastic project. They’ve been working on this since September, and putting in huge amounts of work, so they absolutely deserve to be representing Limerick in Dublin.”

The lads from Ardscoil Ris represent Limerick in the senior category, while teams from Scoil Mhuire Agus Ide in Newcastle West and Colaiste Iosaef in Kilmallock will turn out in the junior and intermediate category respectively.