As key project gets underway, chairman of transformational programme believes targets will be exceeded 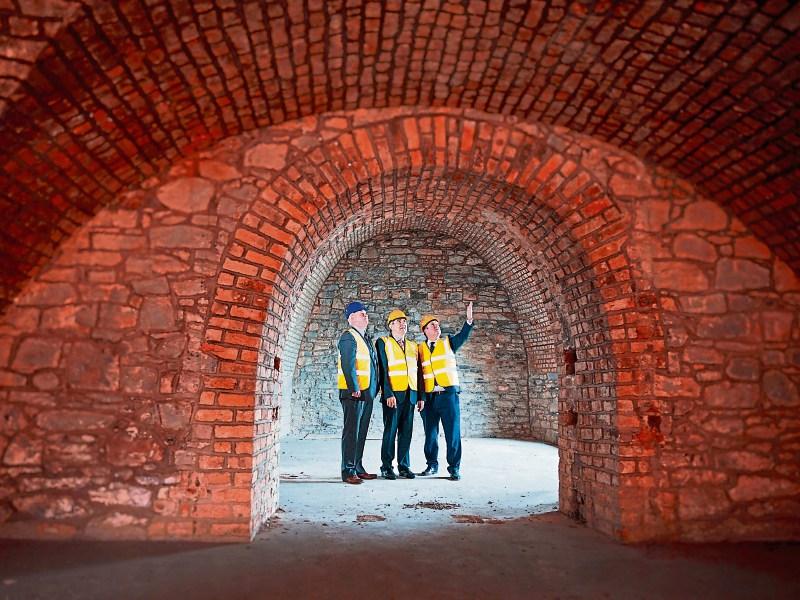 THE chairman of the Limerick Twenty Thirty company believes the job creation programme will outstrip its target of 12,000 new roles.

Businessman Denis Brosnan was speaking after work finally got underway at the Gardens International site on Henry Street, a key plank of the transformational programme, which aims to deliver at least 5,000 new city centre jobs as part of this in the next decade.

“Limerick has become a different city [to 2009]. There is such a weight of people behind making Limerick happen. It’s like a juggernaut that’s not going to stop. And I believe there will be a lot more than 12,000 jobs created here over the next few years,” Mr Brosnan told RTE Drivetime.

Builders this Tuesday moved into the Gardens International site in Henry Street, which for the last seven years has stood incomplete and idle, a reminder of the recession Ireland faced.

Having put a €17.6m contract in place with JJ Rhatigan’s builders, there are high hopes the Gardens International scheme in Henry Street – formerly known as the Hanging Gardens – will be ready for occupation by late next year.

More than 150 construction workers are set to be employed, while the offices once complete will have the capacity to house 750 jobs.

It’s not yet known whether a single company will occupy the premises, or whether there will be multiple tenancies in what will be a state-of-the-art complex.

While the IDA has been actively marketing the Henry Street site, Mr Brosnan indicated there may be some Limerick companies which may relocate to the city centre.

As exclusively revealed last week by our sister newspaper the Limerick Chronicle, the contract was put in place between JJ Rhatigan’s and Limerick Twenty Thirty, which is the first special purpose vehicle of its kind in Ireland, created by Limerick City and County Council to purchase and build strategic but unused key sites.

Limerick Twenty Thirty represents the biggest single Irish commercial property project outside Dublin, and aims to turn the Mid-West into an economic powerhouse.

Mr Brosnan insisted funding is not an issue, with negotiations in place with various European financial institutions to ensure Gardens International, the redevelopment of the old Cleeve’s factory, and arguably the most major piece of infrastructure, the Opera Centre in Patrick Street is complete.

“Funding is not an issue. It’s just a case of getting it, and getting on with what we have to do,” he said.

“This will be the catalyst for a new era of growth for Limerick as this is the first in a wider programme that is going to transform Limerick into a dynamic living and working city capable of competing with the leading destinations in Europe for inward investment,” he said.

Limerick City and County Council bought the site to address the lack of grade A office space in the urban area, and to attract blue-chip multi-nationals to the city centre.

There has already been strong interest in the building and council CEO Conn Murray said the Gardens site would “trigger a new wider programme of investment in infrastructure to bring that record period in Limerick to another level”.

Conservation work has already taken place on the development, which is designed to be high spec, with a modern office feel. The five-floor development will be suitable for a range of uses once completed.

Separately, it was also announced this week that site investigations works are due to get under way in O’Connell Street as part of its €9m pedestrianisation scheme.

The works are required to determine the location of services such as water and electricity and the condition of the crown of the coal vaults beneath O’Connell Street.

This will involve the excavation of narrow shallow trenches using mini diggers along the edge of the footpaths and across the street.

The trenches across the street will be carried out in stages to allow traffic to continue to flow, council says.

The council says the works will unavoidably result in the temporary suspension of a number of car parking spaces in the immediate vicinity at any particular time and are scheduled to last for up to three months.

However, they insist access to businesses and other premises will be maintained at all times.