WATCH: Greats by Jack B. Yeats and Paul Henry due in Limerick's Hunt

Museum to host Contrasting Visions of Ireland this June 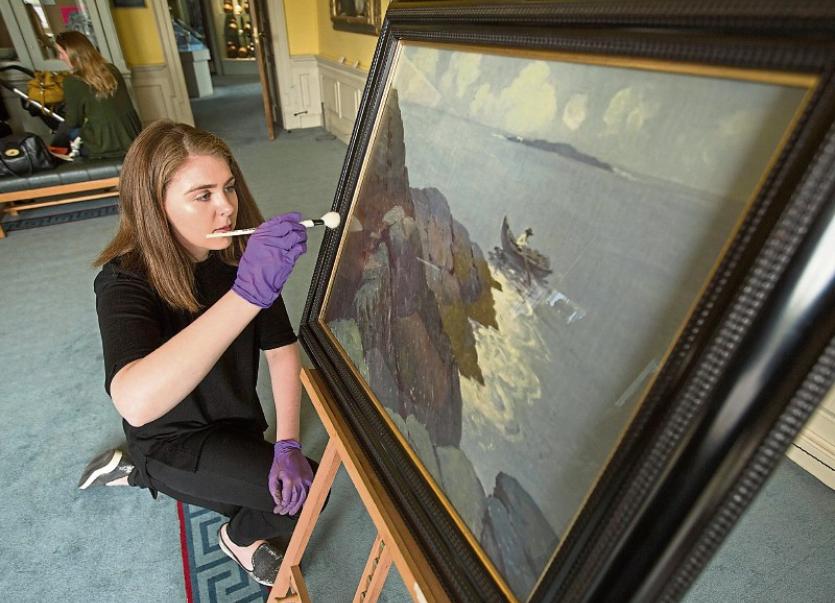 THE FORMER Abbot of Glenstal has launched an exhibition of renowned art work by Jack B. Yeats and Paul Henry, which is due for display in the Hunt Museum in a month’s time.

Speaking at the museum, Fr Mark Patrick Hederman, 72, said the exhibition, entitled Contrasting Visions of Ireland, will feature rarely seen paintings, which have been largely borrowed from private collections.

The outspoken cleric, who has just released a book urging the Church to examine its views on sexual ethics, said this unique exhibition will “encourage visitors to see Ireland through the eyes of two very different artists working before, during and after the establishment of the Irish Free State.”

Jack B. Yeats and Paul Henry: Contrasting Visions of Ireland. from True Media on Vimeo.

Billed as a show of national and international significance, the 50-piece collection has been drawn from private and public collections, including works from the European Investment Bank Collection in Luxembourg.

“They were practically contemporaries,” said Fr Hederman, noting that the artists died within a year of each other.

He said Henry’s work is “beautiful but it became standardised so he wasn’t as experimental as Yeats”.

The exhibition will open from June 2 to September 30 in The Hunt Museum.

This exhibition has been inspired by the museum's curious and eclectic collection and are exhibited alongside the museum's artifacts and paintings, to create imaginative responses to the collection.

Also running until the same date is an exhibition of some of the garments created by the late Limerick fashion designer John McNamara.