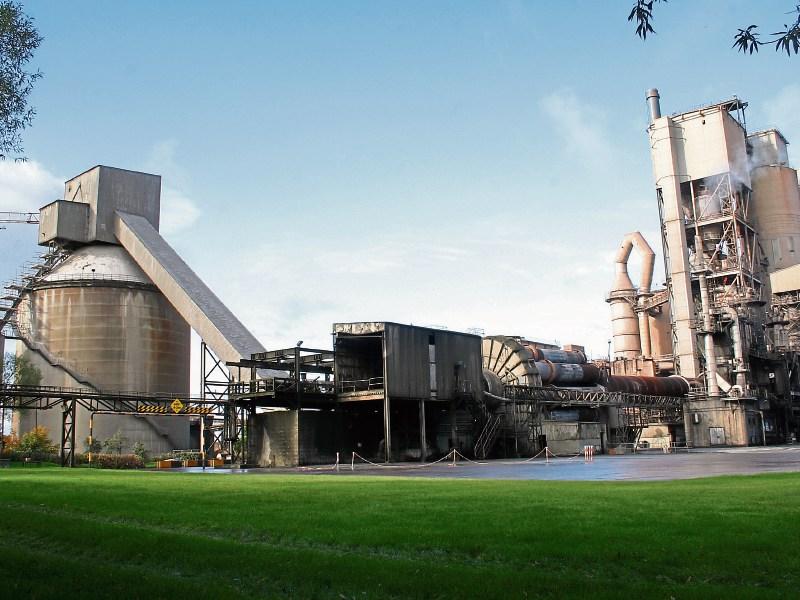 HEALTH fears by Limerick residents over plans to burn up to 90,000 tonnes of waste materials annually by Irish Cement have been rejected by the company.

Brian Gilmore, head of communications with Irish Cement, has said that its €10m plan to burn waste at its Mungret site on the outskirts of the city will bear “no health and safety risks, or concerns."

"The environmental regulations that are there are there to protect the communities," said Mr Gilmore.

The contentious plans led to protests in Limerick earlier this year, and a flurry of appeals to An Bord Pleanala in the past week, after the local authority granted planning permission for the development.

Fianna Fail deputy Willie O'Dea, who urged people to lodge an appeal with An Bord Pleanala, said the decision to grant planning was "deplorable" and has queried potentially adverse risks to the dairy industry in Limerick.

However, he said that he has received "no guarantees" from any departmental officials in relation to these concerns.

He said that the decision to grant planning "is only round one" and this "will be fought to the bitter end."

Irish Cement, which is part of the global CRH group, has stated that this investment will help secure the future of the plant, following redundancies during the downturn, and will reduce carbon emissions by up to 40,000 tonnes per year.

“Limerick is the only factory in Ireland that is fully dependent on imported fossil fuels and we import around 100,000 tonnes of fossil fuels into the country every year. Limerick is one of the last plants in Europe to actually replace fossil fuels and what we are doing is very common, and best practice,” said Mr Gilmore.

He said that the plans are “vitally important for the future of the plant” and that it has to operate on “a competitive basis”, though he stressed that there are currently no threats to jobs at the plant.

During the recession, he said that the plant, which employs in the region of 80 staff, saw a number of redundancies.

He said the factory had to operate on a shoestring basis with "intermittent production to meet the customer's demand and the plant would be shut down again, so there was a lot of pain taken at the time."

Mr Gilmore said that the burning of these waste materials is “proven technology, which is listed in the European Commission's best technology guide for the sector.”

Mr Gilmore confirmed that there were two incidents at the plant in 2015 in relation to dust emissions, and said that corrective actions were taken. The company also recently denied that there was another "blow-out" at the plant, after residents across a number of estates complained of their cars being covered in a "strange dust matter", which proved difficult to remove.

Six residents associations, a school, a farmers’ support group, environment groups and dozens of individual residents have lodged a joint appeal with An Bord Pleanála against the decision by Limerick City and County Council to grant planning to Irish Cement's proposal to burn tyres, plastic, industrial solvents, and other forms of "alternative raw materials".

The plans, which would extend to an area of 10.52 hectares within the factory, were approved by the local authority, after earlier proposals to burn up to 210,000 tonnes of waste materials annually were withdrawn.

In total, 46 objectors have now lodged a joint appeal, which has been hand delivered to the offices of An Bord Pleanála.

An oral hearing by An Bord Pleanala is expected to take place in the coming months.

The Environmental Protection Agency is also due to make a decision on whether to issue an Industrial Pollution Licence to Irish Cement for this proposal.

Mr Gilmore said that the company also received planning permission from the then Limerick County Council in 2009 for these works, but that due to the downturn in the economy that project wasn't progressed “as the market for cement went away.”

Fianna Fail councillor James Collins has claimed that the plans will not just affect the city suburbs of Mungret, Raheen and Dooradoyle.

“The drop zone in this could affect up to 30km, so it affects all of Limerick and even into parts of Clare,” said Cllr Collins.

He said the burning of waste materials has raised concerns amongst residents in relation to possible harmful emissions.

Sinn Féin councillor Séighin Ó Ceallaigh has claimed that emissions from the plant "could be a disaster for Limerick farmers".

“I wouldn’t be happy to get my beef, or my lamb, or my milk from a region which has an incinerator burning tyres, plastic, and even dried sewage. I imagine that many people would think along the same lines,” said Cllr Ó Ceallaigh.