A remarkable woman: Philomena Lee 'a bit nervous' ahead of Newcastle West return 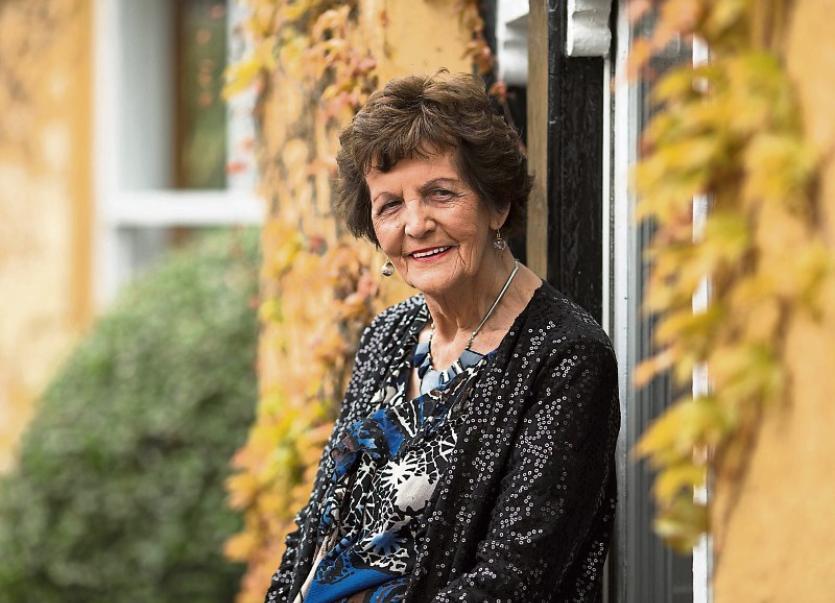 PHILOMENA Lee, the real-life star of the film Philomena, is certain to get a tumultuous welcome when she returns to her home town of Newcastle West this Thursday.

Described as a “most remarkable woman” by Dame Judi Dench, the Oscar-winning actor who portrayed her in the film, Philomena’s story of giving birth to a son, Anthony, in a mother-and-baby home in the 1950s both touched, inspired and shocked the world when the film was released.

And in an exclusive interview with the Limerick Leader ahead of her public appearance in Newcastle West, Philomena revealed she was looking forward to the opportunity to tell her story to her own people.

She will be in conversation with Seamus Hennessy this Thursday night on the opening night of Eigse Michael Hartnett this Thursday.

“I am delighted to be in Newcastle West, “ she beamed. And with her hand on her heart, she added: “It’s my home town.”

“It will be different though. It is extra special,” she said.

The only sad aspect for her is that her beloved brother Tossie, who ran the cinema in Newcastle West for many years, will not be there to share the moment with her.

He died five years ago and was one of a tiny handful of people to know about Anthony.

“He was such a support to me over the years.”

But she is looking forward to meeting her nieces and nephews and their children.

For 50 years, Philomena kept secret the birth of her son Anthony in the Sean Ros mother-and-baby home in Roscrea. When she finally revealed it to the children of her first marriage, Jane and Kevin, almost 17 years ago, she began a journey of hope that had stayed alive in her heart through five decades: the journey to be reunited with the little boy who was taken from her, aged three and a half, and adopted by an American family.

Anthony was just one of some 60,000 Irish children adopted into the US often with money changing hands.

“I never, in my heart, forgot Anthony,” she has always said.

But as her story reveals, that journey of hope ended with a phone call from a nun in Cork telling her that Anthony was dead.

In a devastating twist, Anthony, or Michael Hess, had asked, as his final wish to be buried in Sean Ros, Roscrea. And it was there that the story came full circle for Philomena.

But, Philomena revealed, she is not angry or bitter. “Gradually over the years, and working for many years in psychiatry, I forgot my anger,”she said.

And her message to the many other women of her, and later generations, is: “Don’t keep it inside. Don’t keep it secret. I want to encourage people to speak out.”

Her own experience of speaking out has been a hugely positive one. And she has received hundreds and hundreds of messages of support from all over the world.

This Thursday night, all those who remember her as a child and young girl, and who remember her family, will have an unique chance to hear and greet her. But capacity for the event which will take place in the library in Newcastle West is very limited.

Meanwhile, other events during Eigse Michael Hartnett include readings by Jennifer Johnston, poets Bernard O’Donoghue, Paddy Bushe and Caitriona O’Reilly as well as street performances by Stanzas and Favourite Poems with Gabriel Fitzmaurice. Gaeilge Tamagotchi, a chance to save an endangered Irish word for a lifetime, will also be run by Manchán Magan.