Closure Order served on proprietor of Pizza Express in February 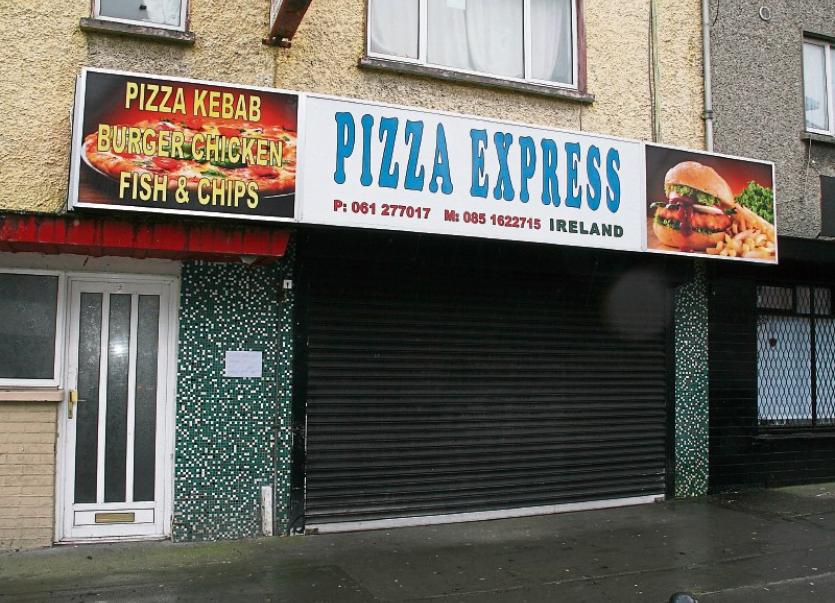 A FAST food premises in Limerick city was ordered to close after health inspectors found the walls floors and ceilings were 'filthy, heavily stained and grease laden'.

A Closure Order, under the provisions of the FSAI Act 1998, was served on the proprietor of Pizza Express, Lord Edward Street on February 15, last after environmental health officers with the Health Service Executive (HSE) called to the premises and carried out an inspection.

After the order, which was lifted two days later, was served a hand-written note was posted near the front door of the premises which read: “Sorry,we are closed for cleaning. Back soon”.

The premises has since re-opened and is trading as normal.

Documents released this week under the Freedom of Information Act show that in addition to being “filthy” a number of other breaches of hygeine regulations were identified during the inspection.

The inspectors found there was no hot water for “operational, personal and structural hygiene purposes” and that there was evidence that “hard to reach areas” of the premises had not been cleaned properly.

The documents also show that food waste, namely kebab meat, was being stored on the gas hob and that there was a general “accumulation of dirt and debris on the floor under preparation and storage units”.

The cleaning equipment and sluice facility were also found to be filthy and issues of concern were also identified in the storage room where waste bins, open food waste, promotional materials and cooking oils were being stored.

In addition to addressing the breaches, the proprietor was also required to provide adequate facilities for the “cleaning, disinfecting and storage of working utensils and equipment”.

The owner was also informed that there must be an adequate supply of hot water in the premises.