No chalice for Ardagh to mark 150th anniversary 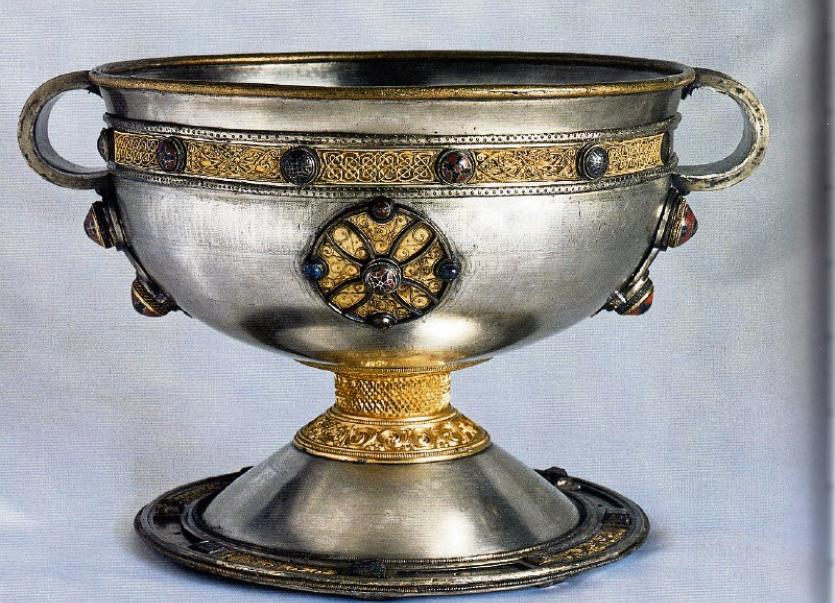 The Ardagh Chalice is kept in the National Museum

THE Ardagh Chalice will not be returning on loan to Ardagh next year to mark the 150th anniversary of its discovery in a local field.

“It is disappointing,” John P O’Sullivan, chairman of St Kieran’s Heritage Association acknowledged. However, he added, they were not that surprised.

“It was probably a foregone conclusion,” he said.

Late last year association secretary Mary Kury wrote to the National Museum to see if it would be possible to see a return to Ardagh of the chalice in September 2018. However, she told the Limerick Leader, the museum in their response said they were working on their own plan to mark the 150th anniversary and would be launching a new book on the chalice.

Happily, the museum also offered to share expertise and to make experts available to St Kieran’s Heritage Association for whatever events the association was planning.

The matter was raised in the Dail recently by Fianna Fail’s Deputy Niall Collins who asked that the Ardagh Chalice be put on display in the village next year.

But the Minister for Arts, Heritage, Regional, Rural and Gaeltachts Affairs, Heather Humphreys said that is was a “day to day matter for the National Museum.”

“I understand that the National Museum of Ireland is working on plans for the anniversary in  of the discovery of the Ardagh Chalice  in September 2018. The Museum has indicated that it will not be possible to display the chalice elsewhere as a consequence,” she said.

Plans to mark the find in Ardagh are still at an early stage, Mr O’Sullivan said. But at the very least, they hope to have a replica of the original chalice or the Sam Maguire cup, which is based on the chalice.

The community is very keen that the country and the world would know that it is Ardagh, Co Limerick and not Ardagh, Co Longford where the chalice was found  in  1868 by workmen digging in a local field, Mr O’Sullivan added.