Mum: 'I bawled my eyes out when she walked' 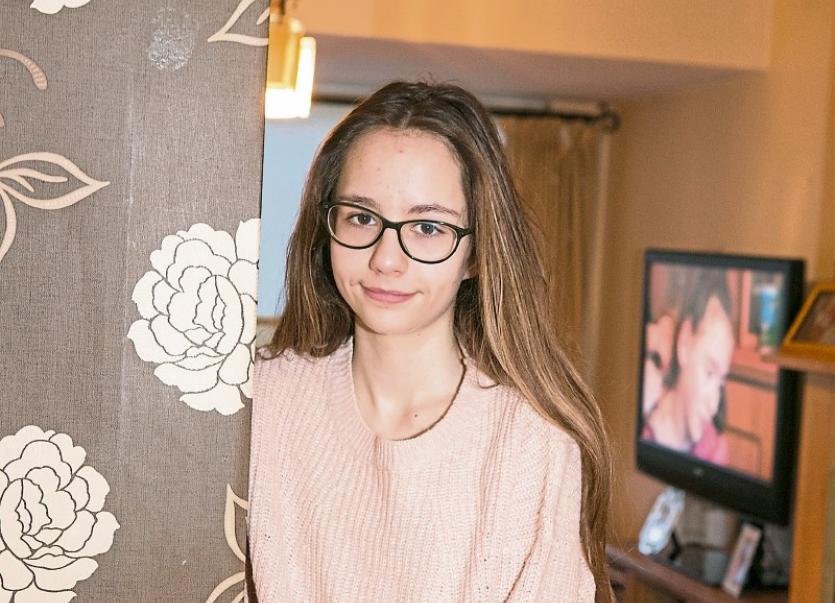 A BRAVE Limerick teen who has been treated for scoliosis took her first steps since the eight-hour surgery this week.

And this Tuesday, her mother Sharon revealed that her daughter walked for the first time, having been bed-bound since she checked into Crumlin Children’s Hospital.

“I have to say I bawled my eyes out when I saw her,” mum-of-two Sharon said. “She was getting very panicky with me the first time she had to do it. She was pleading with me to leave her sit down again. She was so scared.”

Standing up for the first time with a straightened spine is a “new sensation” for the teenager, who has up to now had an 87 degree curve at the top of her spine, and an 80 degree curve at its base.

“It’s a hard centre of gravity. Everything has completely changed. She was used to being leaned over to one side, so it's a new sensation for her. The physiotherapist is walking with her and helping her move about,” her mother added.

One thing which stuck out for Sharon was the amount in which young Megan – a student at Villiers Secondary School – had grown.

“The difference is astounding,” she said, “I saw her standing for the first time, and her back just looked amazing. It was the only way to describe it.”

Megan, who underwent a full spinal fusion, and had metal rods screwed into her spine, remains in a lot of pain, her mum reported, but she added that she can see a light at the ned of the tunnel.

“All we keep saying to her is that the pain from scoliosis was never ending. But at least this is. The nurses are great for keeping her spirits up .She’s doing really well – she’s amazing,” Sharon smiled.

Megan – whose case was initially highlighted on RTE Investigates ‘Living on the List’ programme – is now able to sit up in her hospital bed in St Joseph’s spinal ward.

She will recover at her own pace, with the family expected to remain in Dublin until the weekend at the earliest.

Sharon – who travelled to Dublin with Megan's father Nigel – also praised the nurses at the hospital, saying: “They are amazing, they really are. I couldn’t praise them highly enough.”

The youngster is now looking forward to returning to Limerick, Sharon added, saying: “We just need to get through another few days”.

“The first thing Megan wants to do is go walking around with her friends at the shopping centre and do some shopping, and go to the cinema like her friends have been doing all the time without her,” she added.