Mayoral seal: Call for 'a sea of red' for Munster match in Limerick 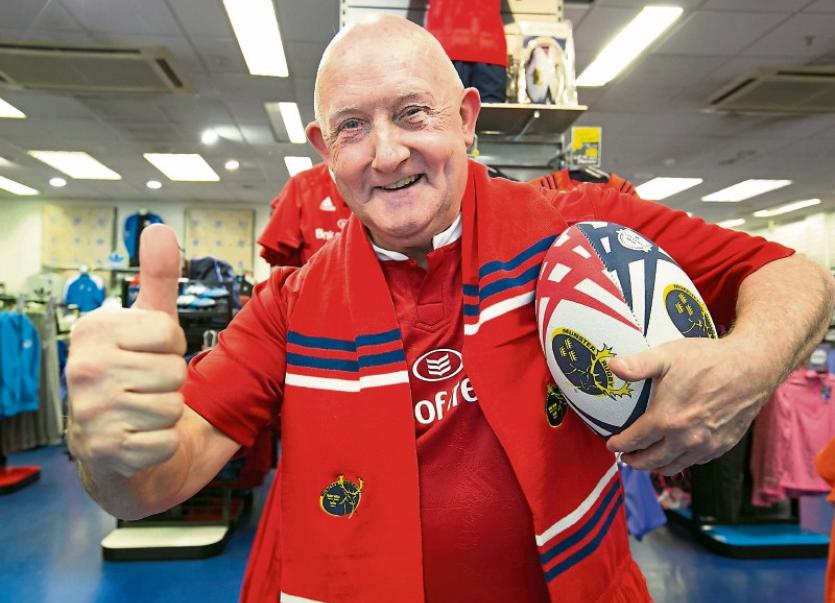 MUNSTER fans will be hoping for a repeat of the 2014 European quarter-final this Saturday, as Toulouse return for a second Limerick clash at this same stage in the competition.

Munster confirmed that the French rugby aristocrats took “just under 4,000 tickets” for the long sold out clash at Thomond Park – a slight rise on the allocation Toulouse took for the same fixture three years ago, which Munster won 47-23 on that occasion.

Indeed it is the first knock-out game in Europe that Thomond has hosted since that epic win, meaning a huge boost for the city’s coffers this weekend, with economic impact estimations suggesting a windfall in the order of €10.5m from such a game.

Anecdotal evidence would suggest that canny Munster fans managed to get their hands on tickets at the Toulouse end, but regardless, the colourful and vocal French support will be visible in spades around the city this weekend.

To support Munster, Mayor Kieran O’Hanlon urged businesses and citizens to get behind the team and show their colours, turning Limerick red.

“Munster’s European Rugby Champions Cup match days are very special, so I’m calling on everyone to give the travelling fans a real Munster and Limerick welcome.

“The atmosphere in Thomond Park will, as always, be electric and I’m hoping Limerick people will get behind the team even more so in the build up to the important match. Let's welcome them with a sea of red.

“I’m calling on business owners and individuals to get behind the Munster team and turn Limerick city centre red, by dressing their shop windows in Munster red, or by flying red bunting and Munster flags outside their homes.”

- For unrivalled coverage of the Munster match against Toulouse, see the Limerick Leader broadsheet, in shops now