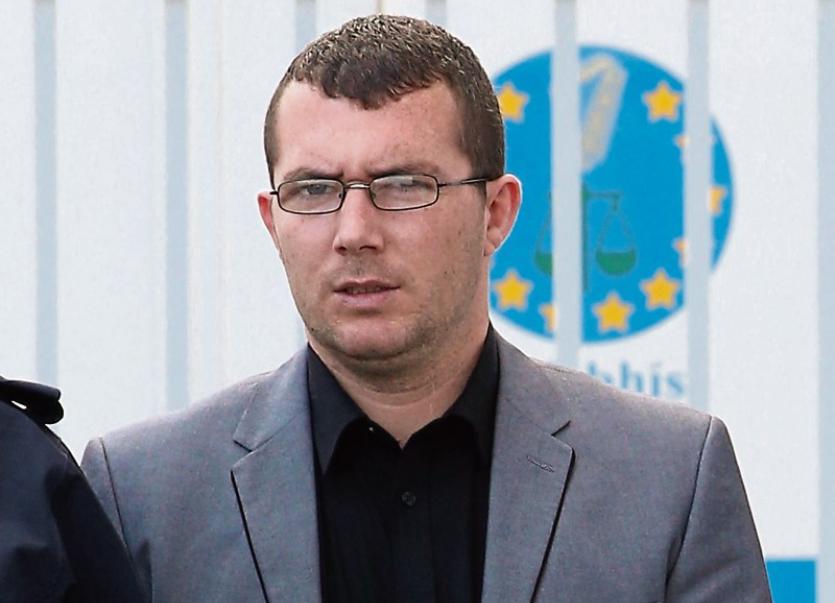 A PROSPECT man who admitted his role in a shooting incident during which another man was injured walked free from court this week after he received a suspended prison sentence.

John Lysaght, aged 27, who now has an address in Askeaton pleaded guilty to recklessly discharging a firearm at Byrne Avenue, Prospect on December 12, 2013.

During a sentencing hearing on Tuesday, Sergeant Brian O’Connor said the victim – Sean Finnan (30) –  was smoking at the front door of his home when two men approached the house at around 9.30pm.

While another man discharged two shotgun blasts in his direction, it is State case that Mr Lysaght was present and that the offence was one of common design.

Judge Tom O’Donnell was told another man was previously prosecuted but was found not guilty by a jury of charges relating to the shooting.

While not seriously injured Mr Finnan sustained more than 20 pellet wounds to his hand, chest and abdomen.

His partner, Leanne Casey, and their two young children (including a four-week old baby) were in the house when the shooting happened.

Sgt O’Connor told John O’Sullivan BL, prosecuting, that while several people heard the gunshots nobody was able to identify the suspects. He also agreed that there was no forensic evidence linking Mr Lysaght to the shooting.

During interview following his arrest more than a month after the shooting, Mr Lysaght told gardai a car “was supposed to get destroyed” and that things “went totally AWOL”.

He told gardai that he had been drinking prior to the shooting as he was a “bag of nerves” and that afterwards he returned to a house in the area where he burned the clothes he had been wearing when the shooting took place.

Mark Nicholas SC said there would not have been a case against his client but for his admissions and guilty plea.

He said Mr Lysaght had been affected badly by the death of his  father died a number of months before the shooting.

Urging the court to be lenient, he said is not regarded as a risk to the public and that there is a low risk of him reoffending.

“It is a very serious incident, a firearm was discharged and injury caused,” he said adding that consequences could have been fatal.

However the judge said he was willing to give Mr Lysaght a substantial chance in the circumstances.

He imposed a four year sentence which he suspended for four years.