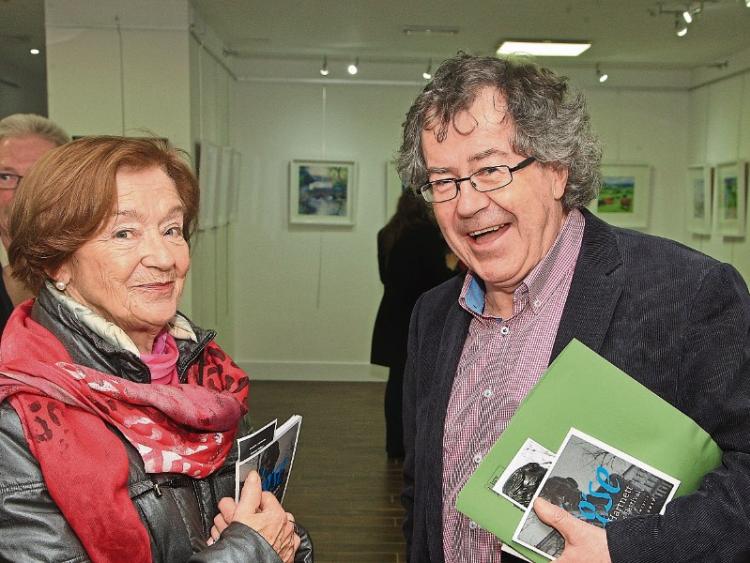 PHILOMENA Lee, the real-life heroine of the Oscar-nominated film, Philomena, will return to her home place of Newcastle West next month where she will be special guest on the opening night of Eigse Michael Hartnett.

Philomena’s search for her son Anthony who was born in a mother-and-baby home in 1951 has touched millions of people both in Ireland and around the world, both through the film and the book on which it was based.

But on Thursday, April 6, the first-night audience at Eigse Michael Hartnett will have the chance to hear that story first-hand from Philomena herself  in conversation with another Newcastle West native, Seamus Hennessy.

That story began when, as a young girl of 18, she became pregnant and was sent to Sean Ros Abbey in Roscrea where her son was born and where they both remained stayed for the next three years, Philomena working in the laundry and Anthony in the nursery. But she was forced to put up her son for adoption when an American family came calling.

Philomena subsequently moved to England where she married and had two further children, only  eventually revealing the long-kept secret to  her children on her 70th birthday.

Then, following years of research by award-winning journalist Martin Sixsmith, Philomena finally  found the identity of her son, who had became one of the most high profile lawyers in the United States, Michael Hess. Tragically, he had died some years before the two could meet, but his dying wish was to be buried in Roscrea so she could find him if she came looking.

In the light of recent events in Tuam, Philomena’s story will certainly resonate, Cllr John Sheahan, chairman of Newcastle West Municipal District said this week when he formally launched the 2017 Eigse Michael Hartnett programme. “What would Michael have said about Tuam?” he asked. “He was not a man to pull away.  He had a talent for raising the mirror and showing people what society was really like.”

Another Irish woman who has captured hearts and minds will also be a guest at this year’s Eigse. The writer Jennifer Johnston, author of 17 novels,  will also be in action during the festival which runs from April 6 to 8. For full details see Leader 2, page 2.