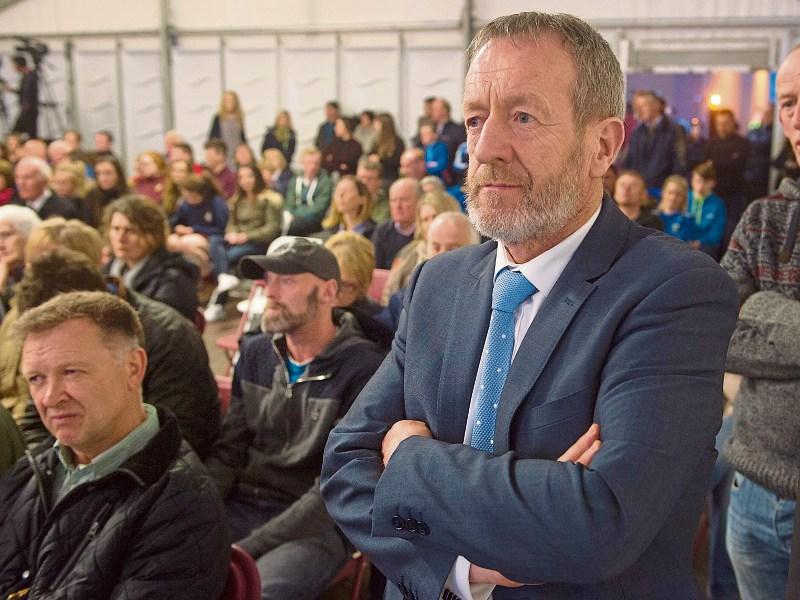 Sean Kelly at the recent Community Awareness Forum in Moyglass

BREXIT may well prove to be the lifeline needed to get the long-stalled Shannon LNG plant off the ground.

The €500m liquefied natural gas plant at Ballylongford will be crucial if Ireland is to avoid becoming the EU’s most vulnerable energy nation, post-Brexit, Ireland South MEP Sean Kelly has claimed.

“We are currently dependent on an interconnector from Scotland and given that increasing levels of the UK’s gas is also imported, realising the Ballylongford project is not just an option, it is becoming an imperative,” Mr Kelly said after a recent meeting with Shannon Foynes Port Company (SFPC).

“It would be capable of supplying all of the nation’s gas requirements and given the current dependency on the interconnector and that the Corrib gas pipeline has a limited window, then the LNG plant in Ballylongford must be put at the top of the agenda again as a matter of urgency.”

Meanwhile, the indications from Brussels suggest that LNG could be one of two Irish projects   to benefit from EU funding as the bloc steps up efforts to support the country with the most to lose when its bigger neighbor quits the European Union.

"Because all of our electricity and gas interconnections are with Britain, it would be irresponsible of us not to explore all other options,” Energy Minister Denis Naughten told Reuters in a report published earlier this month.

“We will be available and will assist,” he said, adding that the projects may seek funding from Ireland’s state strategic investment fund.

The vice-president of the European Investment Bank, Andrew McDowell has also indicated that they are “very conscious” of Ireland’s exposure following Brexit.

“The need to show tangible European support for Ireland is becoming more pressing and the EIB is part of that,” Mr McDowell told Reuters in the same report.

What this will mean for the project in Ballylongford and when, remain to be seen.

“Whatever needs to be done to make this project happen should be done, for the sake of jobs and investment in this region and for the sake of the nation’s energy security,”   Mr Kelly said.

The project, first proposed a decade ago, has full planning permission, he pointed out and it has the potential to create several hundred construction jobs and at least  50 permanent jobs in an area in need of jobs.