WATCH: Limerick marches to the beat of the International Band Championship 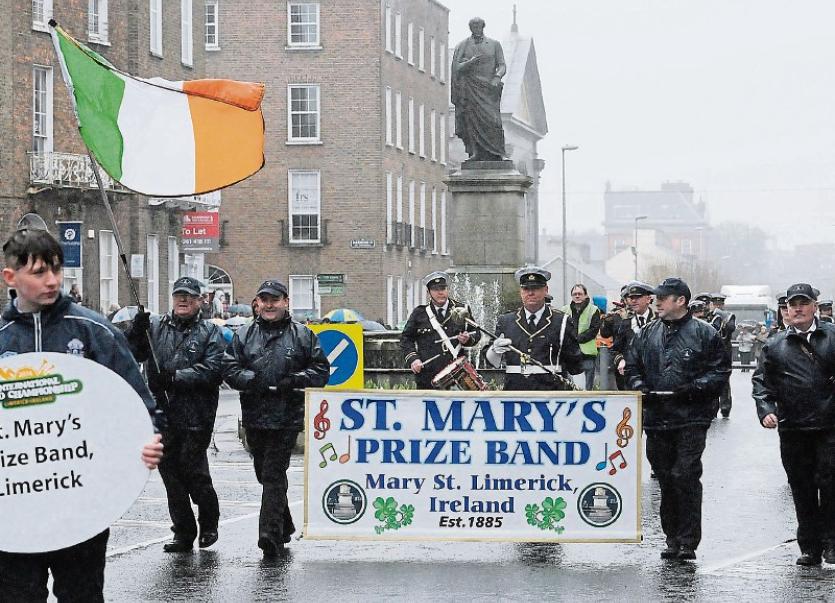 LIMERICK danced to the sound of 17 marching bands this afternoon at the 47th annual International Band Championship.

More than 30,000 people lined O’Connell Street for the parade, which brought the curtain down on this year’s St Patrick’s festivities.

And they were rewarded as more than 1,100 talented musicians helped create a colourful party atmosphere, despite cold weather again providing an unwelcome backdrop to proceedings.

There were celebrations for the Illinois State University ‘Marching Machine’ band, as they took the overall title at the event.

The 175-strong group impressed judges with a performance of DJ Otzi’s ‘Hey Baby’, while also bringing about a party atmosphere on the streets with a rendition of Ini Kamoze’s ‘Here comes the Hotstepper’.

#WATCH: A full rundown of the parade, and video of the winning band are now online at: https://t.co/GK3UKquGlG pic.twitter.com/E0XhokPKSc

Their musical director Dr Gavin Smith said: “I’m in a bit of shock right now. It was a good experience for everyone, the trip over here. Everyone was so great. All the other ensembles were fantastic. It’s not about winning and losing, it’s about the experience, coming over to a new culture, and new society.”

Asked what made the band stand out, Dr Smith added: “We have 175 people in full matching uniforms. We are a large organisation. We play fun stuff, we always try to play stuff which includes singing and we go from there.

Elsewhere, there were awards for a number of other bands, including the Pyjama Band from Shipley, in Yorkshire, England, whose nightwear won them the title of Best Uniform.

What a sight to see! The Pyjama Band from Yorkshire @ the #Limerick International Band Championship #limerickstpatsfestival pic.twitter.com/dF4RqEauN8

The Best Local Band title went to the Newcastle West and District Pipe Band, while Trommlerkorps, whose members hail from Dortmund in Germany, won the Best International Band title.

There were also prizes for the Clondalkin Youth Band, and the Banna Chluain Meala band from Clonmel.

Flying the flag for Limerick today was the Redemptorist Centre of Music Concert Band, the City of Limerick Pipe Band, the St Mary’s Prize Band and the Boherbuoy Brass and Reed Band.

Metropolitan district mayor Michael Hourigan said: “I think it is a wonderful day. It’s a celebration of the city of Limerick. It shows off Limerick in its best light, and it’s a day for everyone to enjoy.”