Inquest into death of Limerick pensioner to be reopened 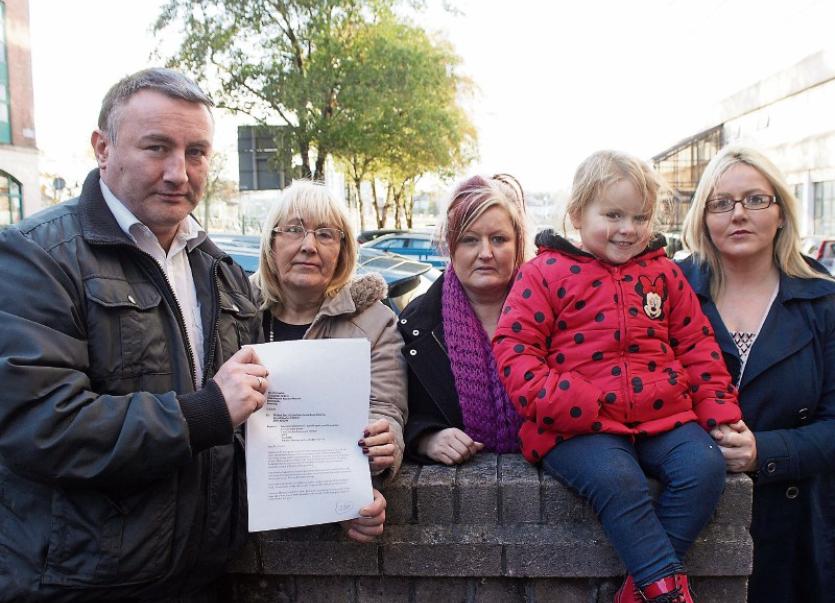 A SECOND inquest into a pensioner’s death, who officially died of a cardiac failure due to natural causes in 2010, is to be reopened after a four-year campaign by the family.

Michael Daly, of Lee Estate, aged 66, died after repeatedly presenting at the Mid-Western Regional Hospital, after two years of complaining of pain and rectal bleeding.

Mr Daly’s son, Mike told the Limerick Leader this week that they disagreed with the verdict delivered at the first inquest, in September 2012.

Within a month of the verdict, the family appealed for the second inquest.

Mr Daly had a tumour removed from the lower colon by consultant surgeon Raphael Keane in 2007.

According to the original inquest report Daly developed a leak after the remaining sections of his bowel were stitched together, a complication Mr Keane said was relatively common.

In May 2008, Mr Daly first complained of the rectal bleeding, a month after Mr Keane had surgically closed his ileostomy.

Mr Keane told family solicitor Cathal Lombard that the “most likely explanation” for the bleeding was haemorrhoids.

These investigations had been carried out by him in the context of concerns raised by the family that the cancer might recur.

In January 2012, the Daly family had an MRI scan done at the Galway Clinic, the report on which Mr Lombard said found “complex appearances in the postoperative pelvis which warranted further investigation”.

This scan could “in some ways be discounted”, Mr Keane said, as it had been conducted “without reference to” prior surgery and complications .

Surgeon Eoghan Condon referred Mr Daly to a multidisciplinary team the following week, and it was agreed that a colostomy to divert the fecal stream and reduce inflammation would benefit further investigations.

This was carried out by Mr Keane two weeks after the multidisciplinary meeting.

Mr Keane said that Mr Daly’s case had been discussed at these meetings, prior to Mr Condon’s referral.

Coroner John McNamara said he had to concur with the autopsy that Mr Daly died of coronary failure due to natural causes.

In November 2016, the UL Hospitals Group apologised to the late Michael Daly’s family, after confirmation that an “important” medical document had been omitted from his healthcare record at the hospital.

The “devastated” family believe that the document could have altered the outcome of an inquest into the death of Mr Daly.

The omitted document was a review by locum consultant cardiologist, Dr Gordon Pate, on the condition of Mr Daly.

After a family member contacted hospital management, on November 9, regarding the omitted file, the UL Hospitals Group responded with an apology, describing it as “an oversight”.

Associate clinical director of the Quality and Patient Safety Department, Dr John Kennedy wrote to the family member stating that there “was no deliberate attempt to withhold any of your late father’s records”.

Earlier this week, Mr Daly told the Limerick Leader that the family had been enduring “four years of grief” since the first inquest.

“We are extremely confident that the outcome will result in our favour, and finally we can let our Dad rest in peace,” he said.