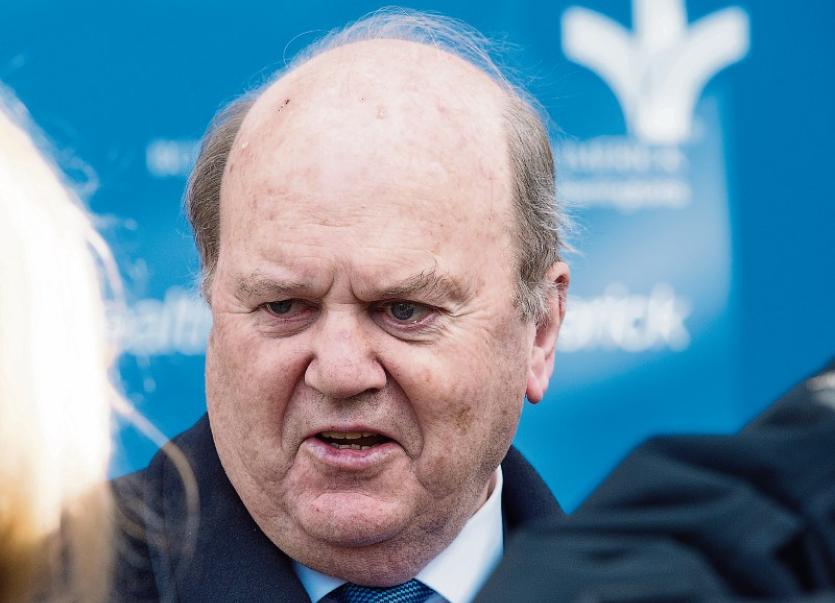 The PAC criticised Michael Noonan in its findings

TAOISEACH Enda Kenny this week rejected calls for Michael Noonan to step down after the Public Accounts Committee (PAC) strongly criticised him over his dealings with Project Eagle.

In its final report, the PAC found that Mr Noonan’s interactions with the US investment fund, Cerebus, the day before the sale of the NAMA portfolio in Northern Ireland was “procedurally inappropriate”.

The specific finding relating to Mr Noonan was not unanimous with Fine Gael members of the committee voting against the wording contained in the final report.

Committee chairman Deputy Sean Fleming said the meeting could have given the impression that Cerberus was "benefiting from preferential treatment".

In a statement issued following the publication of the PAC report, Mr Noonan said he was disappointed that “unjustified and unfounded views” had made their way into the final report.

Defending the actions of the Minister for Finance, the Taoiseach said Mr Noonan had acted “entirely appropriately” throughout the sale process.

Speaking in the United States on Tuesday he also questioned why the minister was not asked directly about the issue when giving evidence before the committee late last year.

“The PAC has always been an independent committee of the Oireachtas and I respect that, but Michael Noonan has acted entirely appropriately in this matter,” he said.

Mr Bruton said he was standing behind the Minister for Finance who, he insisted, is doing a “fantastic job”.

Mr Donohoe said he too has full confidence in Mr Noonan. “He has engaged fully in any questions in relation to his brief and discharged all of his duties to the government and to the country in an excellent manner.”

The PAC report into Project Eagle will be discussed in the Dail in the coming weeks.