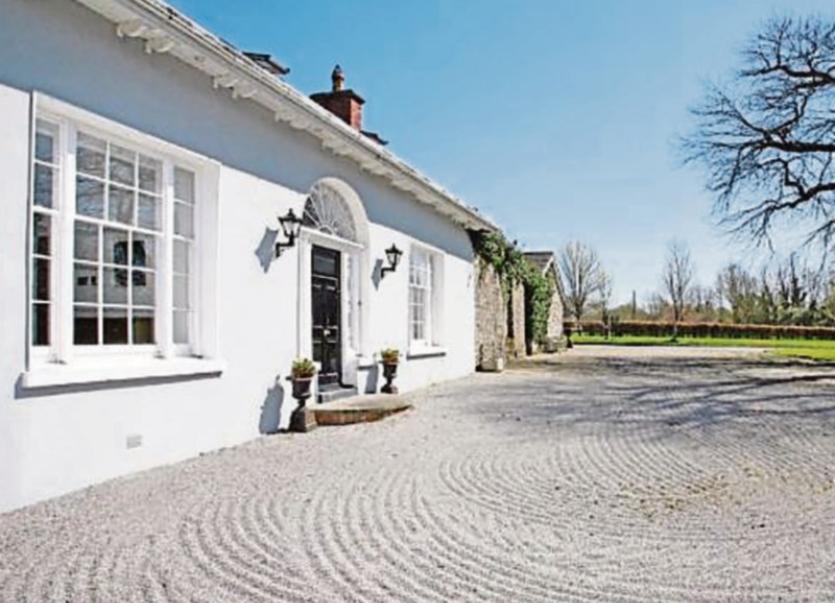 The Worlds End in Castleconnell is for sale through Sherry Fitzgerald

THE €2.7 million Limerick home of actor and comedian Pat Shortt has been returned to the market with a D’Unbelievable reduction in price.

The RTE star paid €2.7m for Worlds End, Castleconnell on the banks of the River Shannon, when he offered €1.2m over the pre-auction guide for the restored Georgian house.

The four-bed property, where the new owner could have ‘one hell of a do’, is now on the market for €1.65m.

“It’s a lovely village and was a popular holiday resort for Limerick’s wealthy denizens, which explains the number of Georgian homes that were built along this stretch of the Shannon.”

When not travelling extensively for his work, the popular thespian said he always enjoyed being able to launch his boat at the end of the garden “and head up the Shannon to do some fishing for trout, salmon or pike.”

The former D’unbelievables and Killinaskully star, who achieved critical acclaim in roles for Garage and Smalltown, has lived in the property, which dates back to 1750 and comes with 5.5 acres, with his family, including daughter Fay and Lily Rose and son Ludaigh, for over a decade.

A director of several theatre and film companies, one of his flagship firms, Short Comedy Theatre Company Ltd, recorded a profit of €901,412 for the end of December 2015, the most recent accounts available.

Inspite of the financial insecurity of an actor’s life, Shortt said that the world of theatre and TV has been good to him.

“If you can work as hard as me and enjoy it, you’ll have a f**king great life. You might not make a lot of money but you’ll be happy, and I think that’s more important.”

“I think that’s one thing that came out of the Celtic Tiger, and all that craziness. Money became the centre for everybody and when the crash happened and people didn’t have a lot of money, they suddenly started to realise happiness and contentment in your work, whatever you do, is actually much, much more holistically important,” he said.

He is now touring the country up until June at least with his new show, How’s Tings, with many dates sold out, and he’s also behind Shortt’s bar in Castlemartyr in county Cork.

Mick Jagger, Keith Richards and Brian Jones were among those who crossed its threshold when it was formerly known as Barry’s Bar.

The joint agents for Worlds End, Sherry Fitzgerald Country Homes and Sherry Fitzgerald Limerick, said that the property has been “tastefully extended and refurbished to an extremely high standard incorporating contemporary living with the charm of this Georgian house”.

The original house was renovated and substantially extended by its current owners in 2006.

A gravelled driveway passes the original gate lodge, leading to the front and rear courtyards.

The property includes a formal dining room, drawing room, music room, with “an open-plan living space unlike any other.”

The kitchen was designed by Gaggenau, the German manufacturer of high-end home appliances.

“During the day, natural light pours from a fully retractable wall of French doors - while at night, programable mood lighting can be controlled via the nearest device to hand,” said agent Ailbhe O’Malley of Sherry Fitzgerald in Limerick.

For those with a penchant for cars, a cut stone building houses a three-bay garage to the rear.