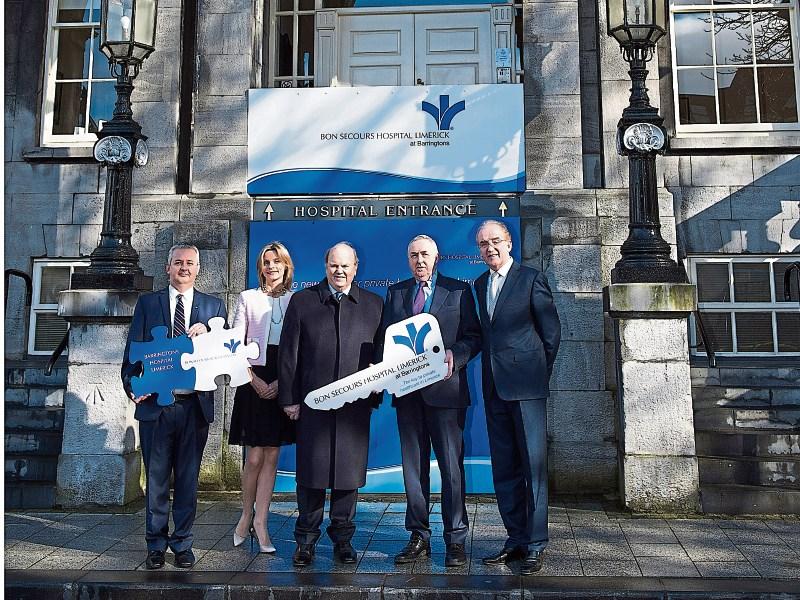 THE BON Secours group is set to invest another €6 million in Barringtons' hospital in Limerick city, following the takeover of the private facility for just under €15 million.

Bill Maher, chief executive officer of Bon Secours Health System, said that the group has ambitious plans for the development of Barringtons, including extensive refurbishment, recruitment of additional consultant staff and the introduction of new services.

“More jobs will follow with our planned expansion of service and this on a day when Adare Manor [hotel and golf resort] is announcing an additional 300 staff, makes it a double celebration for Limerick,” said Mr Maher.

Mr Maher said the initial €6m investment will be made in Limerick within the next 12 to 18 months, and those funds have been earmarked for a number of projects under their capital expansion, with further announcements due in the coming months.

“It's a fairly old building, and at some point we're going to have to move beyond the footprint that we currently call Barringtons, and that's where the real investment will come in the future. We've been liasing with the City and County Council on that and have been very happy with the support. There's plenty of room for expansion,” he said. 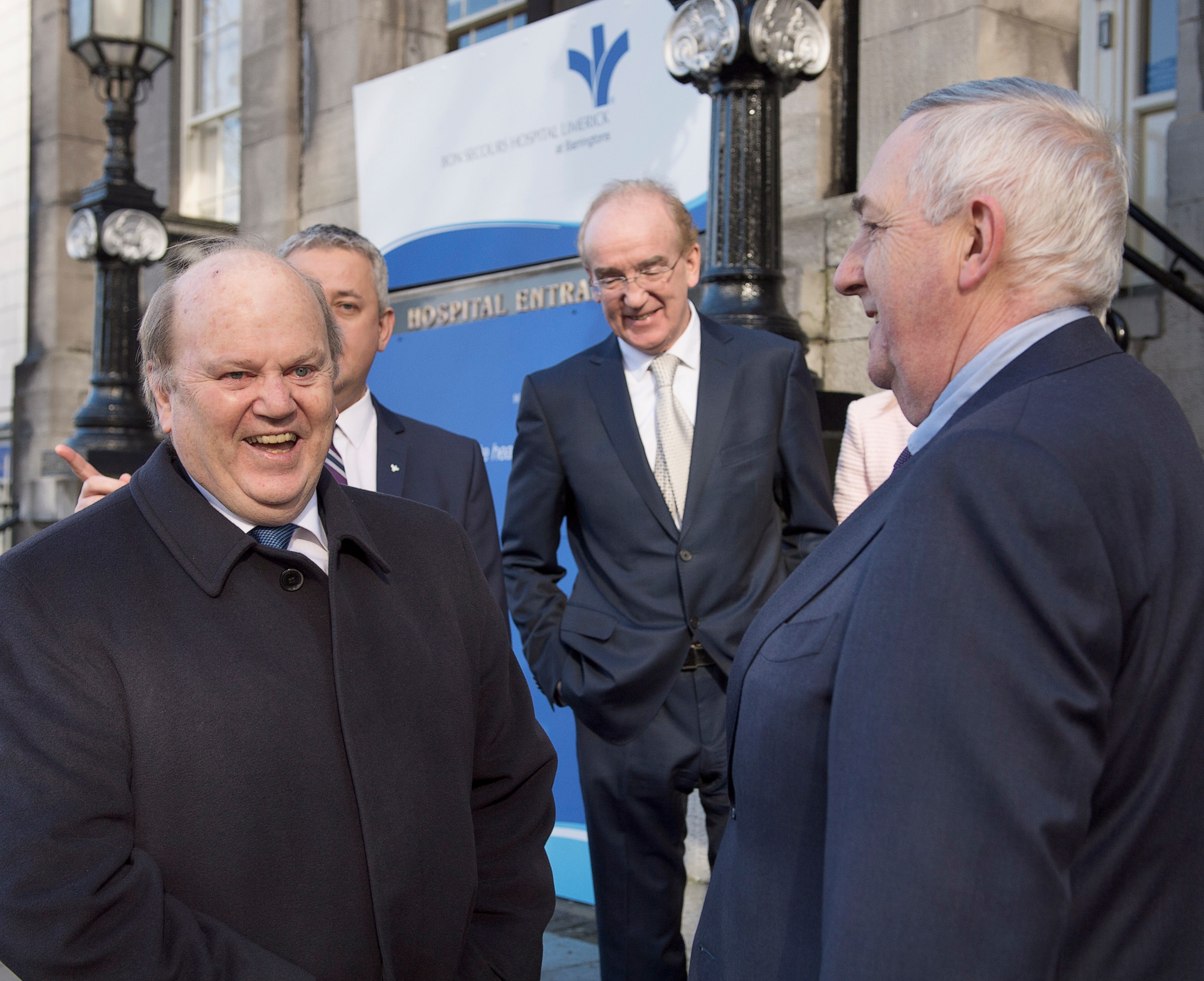 He said they expect to recruit more nurses, consultants and theatre staff, and will now examine a service model for the next five years.

Mr Maher said the group will also be working with the local authority in terms of driving the Limerick 2030 plan, and specifically with the ambition of creating a health campus in the city.

The Competition and Consumer Protection Commission recently approved the takeover from its owner, surgeon Paul Byrne, subject to a number of conditions agreed with the mergers regulator. Mr Byrne, who founded the hospital in 1991, will remain on at the hospital.

“It has been a tough slog going through the due diligence process," said Mr Maher, "but we're at the end of that now. Today's the day we can make the big announcement. It was important for us to keep the name, because of the heritage associated with it.”

The hospital has now been named Bon Secours Hospital Limerick at Barringtons.

Speaking at the launch, Minister for Finance Michael Noonan said that the hospital's strong links with LIT and UL will provide a training outlet for students, employment opportunities for graduates and ensures that cutting edge medicine is engrained in the services of the hospital.

“Barringtons has served the people of Limerick well for many years, it's now time for it to enter a new phase in its history but also, continue the tradition of healing and helping that Limerick has come to depend on,” said Minister Noonan. 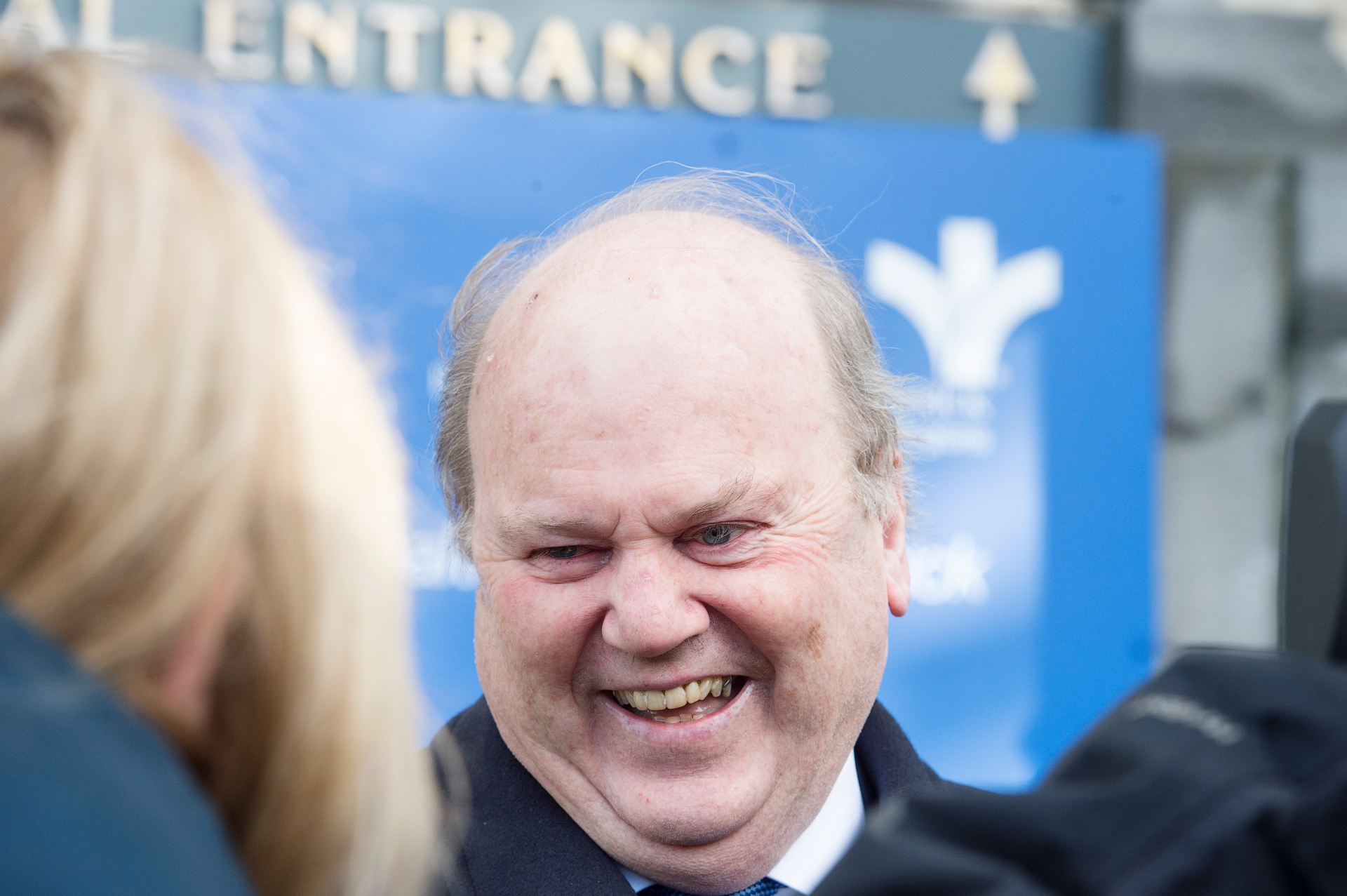 Peter Lacy, chairman of the hospital group, said their plan towards 2020 will an investment of €150 million across all sites over the next four years.

This includes further developments in the coming months with the opening of new theatres in Tralee in April, and the opening of a new cardiac catheterisation laboratory in Galway in May 2017.

Work is also continuing in Cork on a major capital project of some €70m, including a joint venture with UPMC to establish a state of the art radiotherapy centre and an €11m investment in their care village, which will open in January 2018.