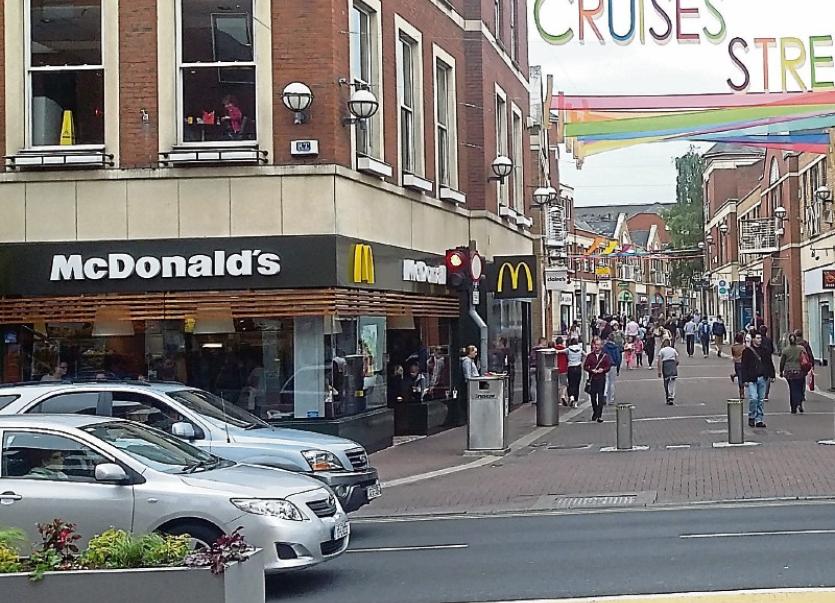 GARDAI are investigating the discovery of a body found in a Limerick city fast food restaurant.

The body, a male in his 30s, is understood to have been found on the premises of McDonald’s on Cruises Street on Friday afternoon.

A garda spokesperson confirmed that Henry Street was “investigating the discovery of an un responsive male in his 30s in a fast food restaurant on Cruises St” at approximately 4pm on Friday.

The man was later pronounced dead at the scene and the body removed to University Hospital Limerick.

Gardai said the death was not being treated as suspicious.

The restaurant was closed for a time as investigations were carried out.