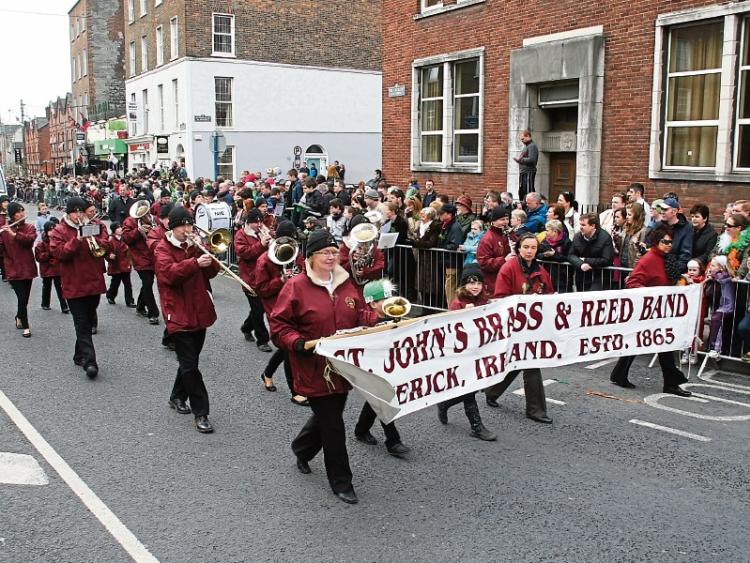 ONE of Limerick’s oldest brass bands is facing the prospect of ceasing to exist due to a lack of membership.

Members of the St John’s Brass and Reed Band, which was founded in the shadow of the cathedral in 1865, are facing a do-or-die meeting in the coming weeks in which three options will be on the table.

In a letter to members – released anonymously to the Limerick Leader – the group’s musical director John Doyle wrote: “Sadly over the last year or so and for a variety of reasons, the number of active members of the band has dwindled, and as a consequence, the future of St John’s Band is very uncertain.

"Numbers attending regularly at rehearsals have fallen dramatically, and this has had not only artistic implications for the band, but also financial implications.”

The meeting is being called to ask members for its opinion, advice and support as to how the venerable group can proceed into the future.

“Any decision in relation to the future of the St John’s Brass and Reed Band can only be made by a general meeting of all fully paid-up members of the band, working in consultation with the band’s trustees,” Mr Doyle added.

Based in their bandhall at two Garryowen Road, the St John’s Brass and Reed Band are believed to be the second oldest brass band in Limerick City.

They are only surpassed by the Boherbuoy Band in Lord Edward Street, which was founded ten years earlier.